THE NEW TRENDS IN OUTDOOR ACTIVITIES #1

Let’s discover new outdoor sports, popular among young people today. Extreme activities that push you to the limit, challenging your fears and putting you to the test 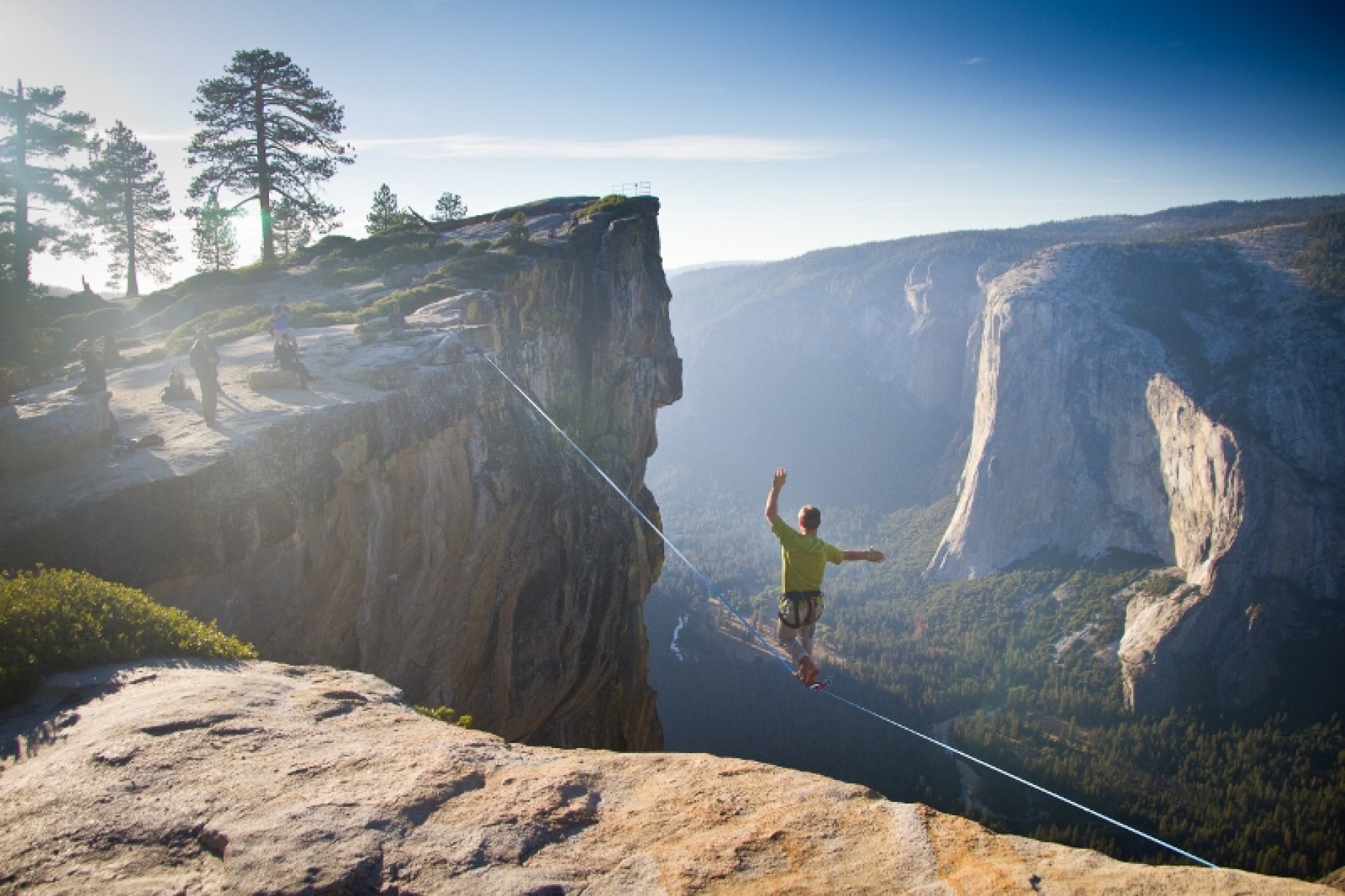 On the top of the Temple of Apollo in Greece was the phrase “Know Thyself” and this seems to be the direction taken by outdoor sports, i.e. experiences that put us in touch with that part of our character we have not explored yet.

Indeed, activities that, while not for everyone, test us without requiring top physical shape are slowly taking hold.

Here then is a list of some of these new trends in the name of active outdoor holidays.

For example, Survival, a term that evokes extreme adventures experienced in the jungle by a few survivors of a makeshift landing... In fact, it is one of the ways to get closer to nature, depriving oneself of many daily comforts, testing and rediscovering our ancient survival techniques. In short, how would we cope if suddenly all this disappeared?

So here it’s where a series of survival courses comes into play. Those who have tried it assure you will never look at life the same way.

Do you want to test yourself along gorges, ravines, and precipices? Then Canyoning, i.e. the descent along those streams running between gorges without using canoes, kayaks, or boats, is for you. Indeed, the descent is on foot, albeit with ropes, used to go down vertical drops or to cross points that are particularly exposed, where the risk of falling is high.

These canals, which have often been dug out by the water’s erosive action, are called gorges or ravines and their descent, which can present different levels of difficulty, is carried out mixing hiking and alpine techniques, and with equipment that includes both diving suits and tools used for mountain climbing.

This is a very fun activity, especially when easy or of medium difficulty. Harder descents tend to be less fun although definitely more satisfying.

Those that instead want to travel the waters of those same canyons can try Hydrospeed: a water sport born in France at the end of the 1950s which includes swimming and following the current. The trails vary from 3 to 5 km and can be changed according to the level of the river and the skills of the participants.

Today it is practiced in a sort of small bobsleigh that protects from hits and stays above water. The equipment also includes a helmet, fins, and a safety jacket.

NOT SCARED OF HEIGHTS...

To be shot out at 100 km/h: A real adrenaline high is that of Human Bungee Sling Shot, a recreational outdoor activity suitable for various types of people, without age limits, which was born in the USA just a few years ago and which is taking hold worldwide.

A sport that looks extreme but which is actually suitable for all, children included! A horizontal throw, with people tied in a safety harness, going from 0 to 100 km/h in 0.5 seconds thanks to an elastic stretched between two vertical poles:

This activity derives from Bungee Jumping, and indeed the elastic used is the same with the only difference being that the jump is not vertical but horizontal, avoiding the jump into the void which is a deterrent to many.

And there is also Slacklining, which can seem like a circus activity: acrobatics on a rope. In fact, people walk on a tubular of flat “ribbon” which can be between 25 and 50 mm wide, stretched between two points which can be located in a natural environment but also in a gym or in an urban environment, or even between two monuments.

It was created in the USA, mainly in Yosemite Valley, at the beginning of the 1980s, where it developed as mainly linked to climbing; it has been developing in the Old World only recently.

Differently from classic tightrope walking, in which athletes use a steel rope with static qualities, the material used for slacklining has dynamic qualities that allow swaying which the athlete must contrast in order not to fall. This discipline thus requires balance, coordination, creativity, bravery, concentration, and physical tension.

Those that are not scared of heights can try Highline, which is the variant for risk-lovers as it develops metres above the ground. Indeed, often the rope is stretched on gorges or rock spurs, and a height of 100 m is not uncommon. Although the athlete is fastened through a safety harness, Highline requires great mental and psychological effort.

So what are you waiting for? Challenge yourself!