We tried the mountaineering snowboard, new trend for freeride board lovers. It 'divides' in half while facing the climb, it 'reunites' for the downhill...

SKI MOUNTAINEERING WITH... A HALF-SPLIT SNOWBOARD

From niche, ski mountaineering is becoming increasingly popular. According to CAI estimates (Italian Alpine Club) the courses in this discipline have surged by 30% compared to 10 years ago. In Italy, the Skialper magazine calculates, practitioners are between 90,000 and 110,000 (70% of men, according to the statistics bureau of the province of Bolzano), for a global market that is around 3 million pairs of mountaineering skis sold annually.

Certainly, despite being a discipline suitable for all those who have a good ski preparation, it is still essential to face it with the right technical and athletic preparation, but first of all having knowledge of how we must move in winter on the mountains.

As well as boots, skis, sealskins and backpack, it is essential have the kit with shovel, probe and Arva, a transceiver that allows to locate a person caught in an avalanche. Because a person extracted within 15 minutes survives in 92% of cases, if there aren’t additional injuries. The average cost of this kit is 300 euro.

Until recently, those who used to go down with the snowboard, used to go up (with great difficulty) using snowshoes, which in addition to being much more strenuous than a mountaineering ski, were dangerous on ridges and in steep slopes stretches. Within a few years the revolution of the alpine snowboarding is the Splitboard, or mountaineering snowboard, a board that is perfectly divided in half and that uphill allows to have a progression such as that of the skis (after skins application, of course). 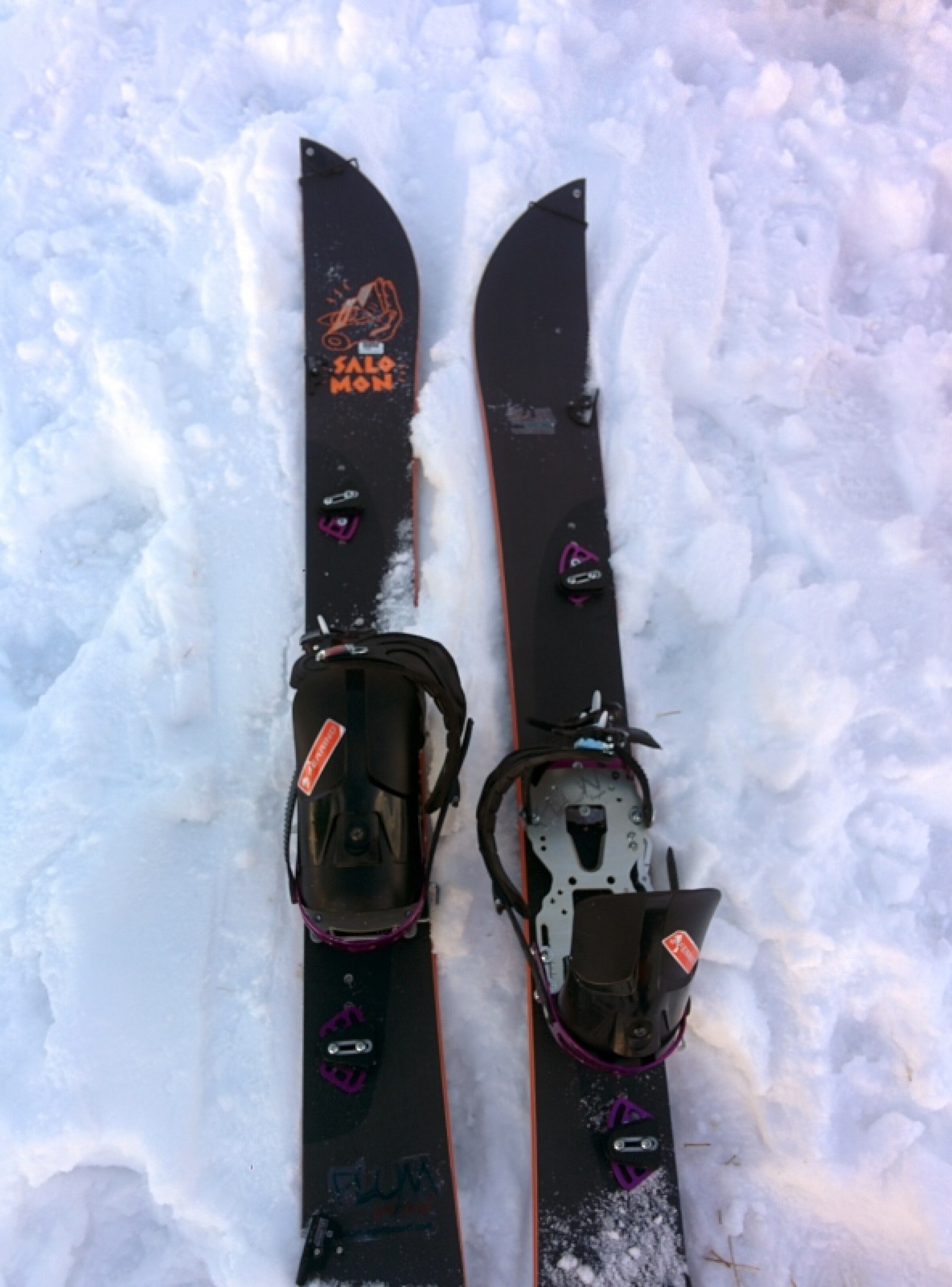 We tried it for you in Livigno and the splitboard won us over. First, the "splitting" operation (the 'division' of the board, in fact) takes a few minutes.

The uphill technique is to slide forward the half board without lifting it from the snow, to minimize the effort. Other tips are the classic alpine ski tips: start slow to warm up, adjust steps’ length and timing to your fitness level, hold upright and look forward to a point not too close to make good lungs use, keep the backpack shoulder straps not too tight while the waist belt must be securely fastened, to put the weight on the hips.
As with snow sticks, also here it is very important the proper use of the arms with the sticks: you must point them not too outside of the track and by pushing well you can contribute to the effort of the legs with significant percentages.

Since the first splitboard use, especially when the snow isn’t optimal, you learn to use the buttresses, the crampons that have to be fixed on bindings. This is because the width of the half-boards and everything else (boots and soft bindings etc.) does not allow an edge grip comparable to that of the skis. Therefore it is advisable to fix the crampons before being in problematic situations (generally steep slopes on hard snow).

Downhill the splitboard is nothing less than a normal freeride board, a bit heavier, but nothing that affects the practicality of this sports instrument.

Let’s close with the sore point: the cost. For an entry-level board with bindings and skins you will spend around 1000 Euros. To this expense you must add crampons (around 100 €) and the telescopic sticks.

However, it’s good money if you're going to join the magical world of ski mountaineering. 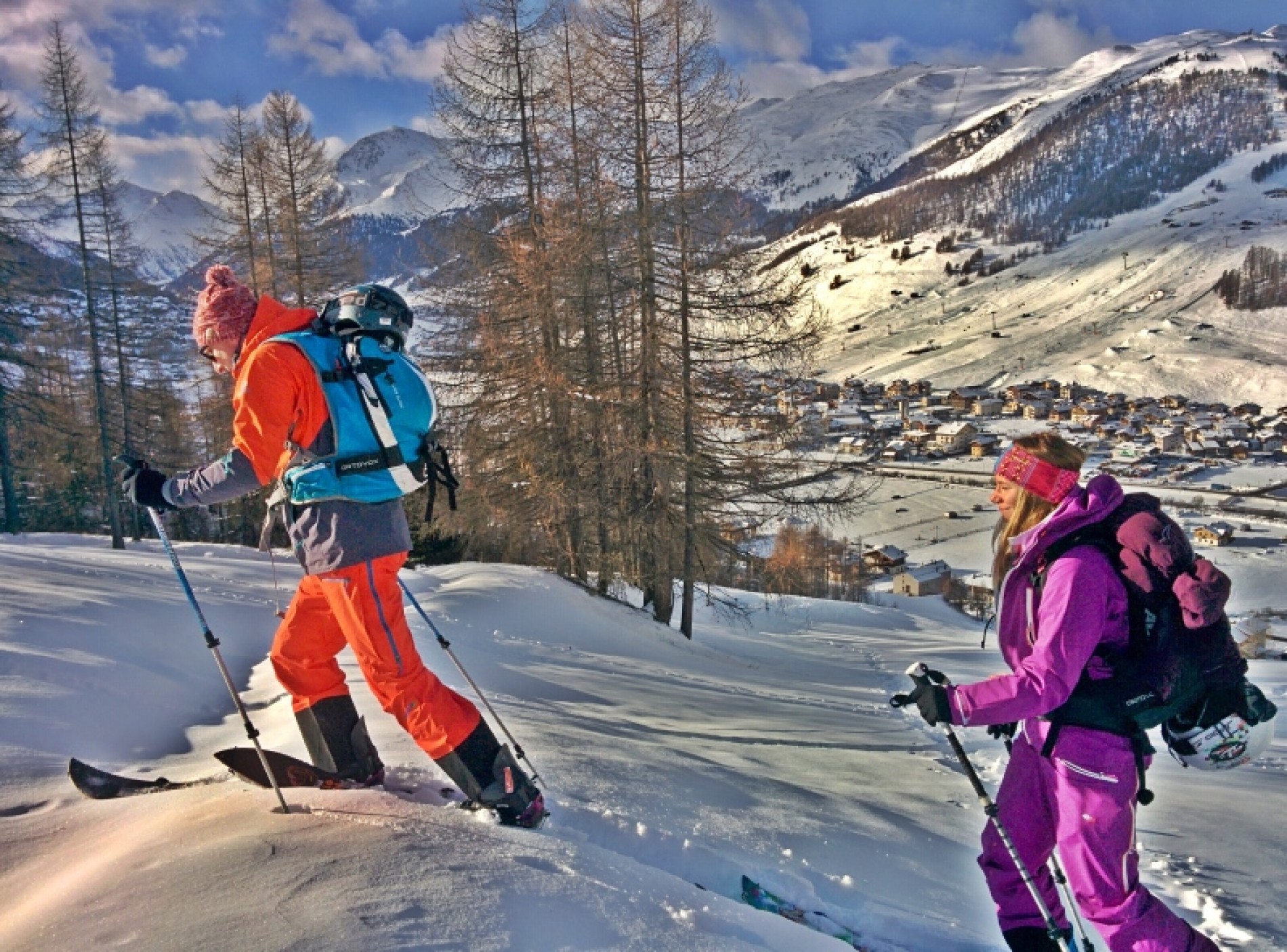