ALONG THE RIVER RENO, FROM THE ADRIATIC SEA TO THE APENNINES

A bike tour along the River Reno, from its mouth in Romagna to its spring in Tuscany, discovering the natural and historical beauties of the area. Departure on 15 September. 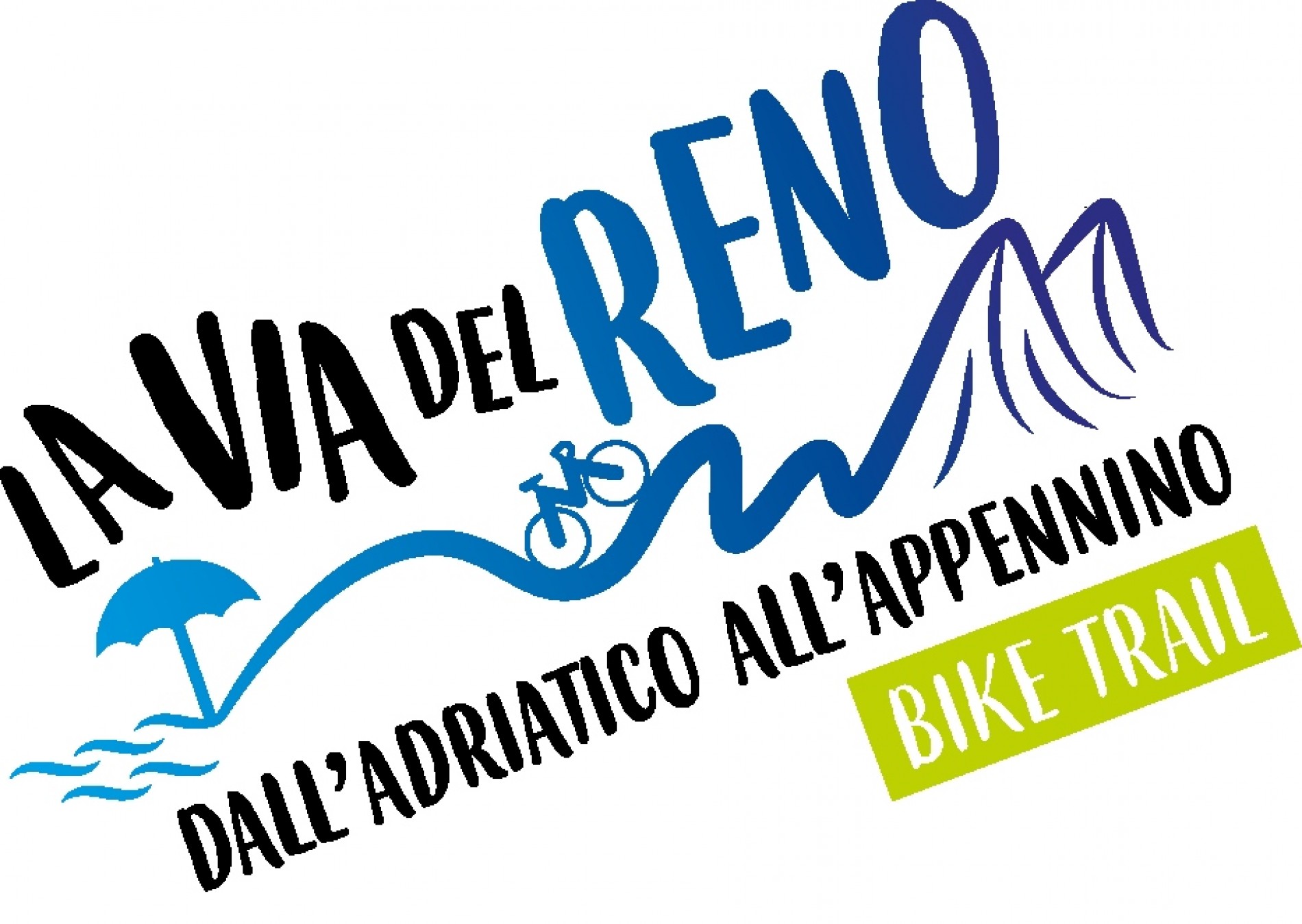 BIKE TRAIL ALONG THE RIVER RENO

There is a lot to say about Bologna: food and wine, culture, art, and the pleasantness that the city evokes. Indeed, the city features many destinations to visit and endless experiences. But even a few kilometres outside the centre there are many places that are worth a visit.

For example, the Navile canal crosses the city, today covered by streets and buildings while just outside the city walls, following its flow in the direction of Ferrara, the canal features a natural environment of great charm around its shores which can be travelled easily by bike, also reaching the old rice fields of La Rizza, today a wildlife observation area.

If you go the opposite way, instead, starting from the centre of the city the trail goes up the River Reno to Casalecchio and the old sluice dating back to the year 1000 and reconstructed a number of times with even the projects by Leonardo da Vinci.
Following the tracks of the Parco della Chiusa and the low-traffic roads, visitors can reach Palazzo de Rossi, perfectly preserved, which offers a leap into the past of several centuries.

A few kilometres away, the picturesque Canovella pedestrian bridge at Lama di Marzabotto allows you to cross the river as those in the Himalayan valleys.
Continuing towards the source of the river, in Riola di Vergato there are two places that are definitely worth a stop: the mysterious Rocchetta Mattei, a 19th-century castle that mixes different architectural styles, wanted by a brilliant protagonist of the field of homeopathic medicine of the time, and, less than a kilometre away, the church designed by Alvar Aalto, an original 1960s Nordic building erected close to the River Reno.

Some of these places can be reached comfortably by car but all are within cycling distance as well.
For those who have greater physical training, a good idea is to combine all these places in a single itinerary called: "La Via del Reno, dall’Adriatico all’Appennino”. The departure from Casalborsetti (at the mouth of the River Reno) is scheduled for the morning of September 15th: the trail touches the Comacchio Valleys and gradually reaches all the places mentioned above, but always running along the River Reno or, when impractical, diverting to the nearby Navile canal.

The spring of the river – and arrival point of this itinerary – is 220 km away from the beach, in the borough of Pracchia (province of Pistoia), with a difference in altitude of 1,600 m concentrated in the last 70 km.

Those who are particularly fit will be able to complete the entire route before sunset; for others, a restful sleep along the journey will allow them to travel it in two days while the nearby railway line connecting Bologna to Porretta will easily bring people and vehicles back to the valley.

The organization provides both the GPS track and a detailed road book. 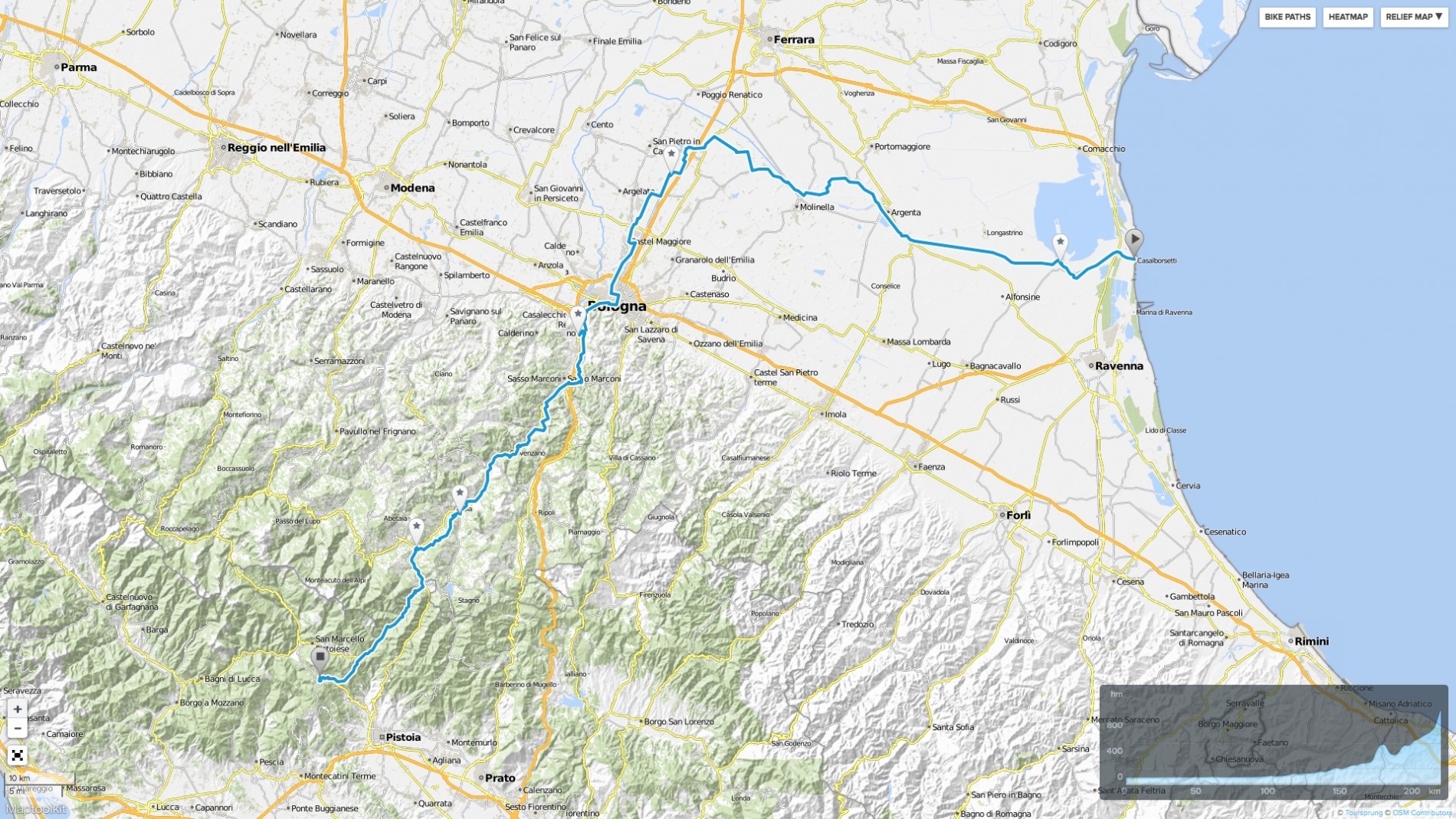