It recalls Giuseppe Verdi's opera and aims to become a unique cycling route in northern Italy. From Turin to Trieste, 900 km through landscapes and cities. But for the completion we've to wait

A CYCLEWAY THAT "CONNECTS" THE NORTHERN ITALY

Connecting the cities of northern Italy through a cycleway that can guarantee both a safe "banner" for cyclotourism but also for day-to-day shifts. This is what the Ciclovia Alta Italia D’Attraversare - Northern Italy Cycling Route - (AIDA), a project promoted by the Italian Federation of Bicycles Friends (Fiab) aims to propose. The project is taking the first steps and wants to become a popular itinerary both for its features and for what it can offer along its 900 kilometers, that stretch from Moncenisio to Trieste, from Piedmont to Friuli Venezia Giulia, passing through Lombardy and Veneto.

The acronym AIDA evokes, of course, the music of Giuseppe Verdi but also a slow and low environmental impact. A further aim of the cycleway is to connect the many unbound cycle routes and become a sort of cycling ridge, a pedal corridor between France and Istria that crosses nine UNESCO sites and landscapes of great natural interest such as the Garda Lake and the Ticino Park.

We are talking about a mostly flat route, developing north of Ciclovia VenTo (Venice-Turin) and intended to be complementary and alternative to the one along the river Po.

Michele Cremonesi, Vice President of Fiab Ciclobby Milan is the project coordinator: "Studying the track we realised that there is already a high demand insisting on this path: cycling in art cities, local mobility cycling, high-quality light-cycling infrastructures. With AIDA we want to give the green light to the cities and make it clear that cycling is a strategic asset worth investing in". 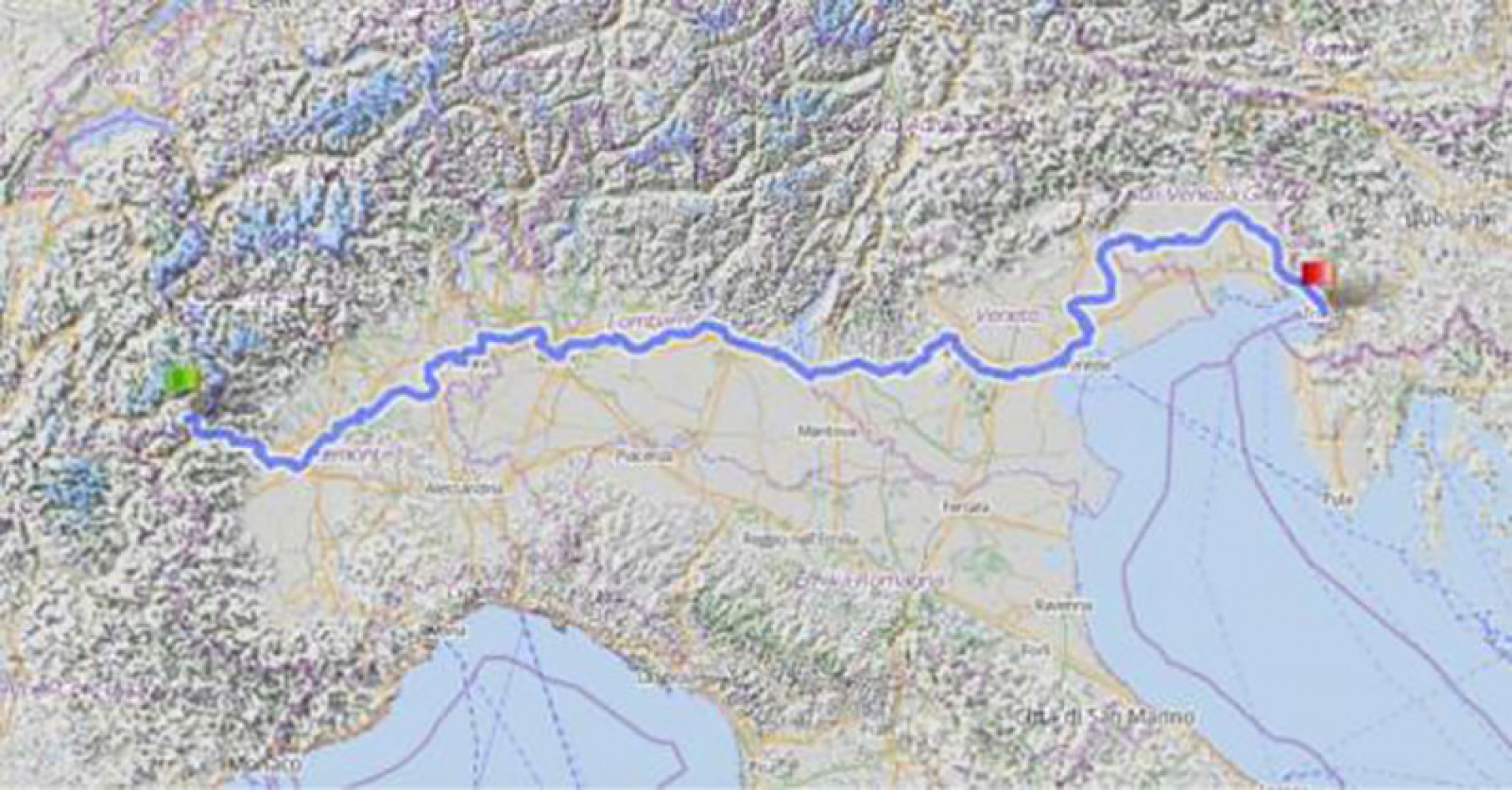 The points of interest along the 900 kilometers of the route are a great many. They start from Sacra di S. Michele in Val di Susa, then the Great Mother in Turin (together with the Mole and the Egyptian Museum) and the Stupinigi Hunting Mansion. Along the Cavour Channel the route crosses rice fields, until it reaches Vercelli and Novara; it will then immerse in the Ticino Park and, entering the Villoresi Channel, it will arrive to Milan: Gae Aulenti Square, the Arc of Peace, the Cenacolo by Leonardo, crossing on the two-wheeler the centre of the city. The route, then, follows the Martesana and touches Brescia, reaches the Lake Garda and it also arrives to Verona.

It touches, finally, other cities in Veneto and the Palladian villas in the background: Vicenza, Padua, Venice, Treviso with its Sile Cycle Path. Friuli Venezia Giulia offers a harsher landscape: from Pordenone to Udine, continuing along the Carso and arriving to Trieste.

To complete Aida Cycleway we will have to wait several years, Fiab has carried out bike patrols to create a gpx track and test its feasibility. The route was approved by the Technical Committee Bicitalia: two regional road-shows had been made and a dialogue has started with the Transport Ministry for planning and nominating Aida a member of the National System of Local Bike Paths.

According to the promoters' forecasts, the itinerary will connect already existing cycling paths and will be used as a passageway for gentle mobility between very crowded areas and Via Francigena as well as other routes.