National Cycleways, here we are

The national big cycle paths' network is growing, the Ministry is ready to finance new projects that enhance slow mobility. And the 1st Law on cycling mobility is coming out

From end to end of Italy, bit by bit, the Cycleways network is growing. We have reached 6,000 kilometres viable by bike,18 regions touched plus Rome.

The national network is financed by the Ministry of Transport with 400 million Euros plus 150 million with the new Stability Law in 2018.

The aim of minister Graziano Delrio, in accordance with the responsible for Cultural Heritage Dario Franceschini, is to enhance the territory through slow mobility, creating distance routes especially for bikes and allowing families of young children to cycle in total safety.

And in this respect the 1st law on cycling mobility is going to be launched. Unanimously approved by the Chamber of Deputies, it will be put to the vote by the Senate before Christmas.

For the first time the law gives the Senate, in particular the Ministry of Transport, the task of developing cycling mobility. The funding depended so far on the ministers’ sensitivity, while now, the five billion assigned to infrastructures will have to be used for cycling mobility as well. 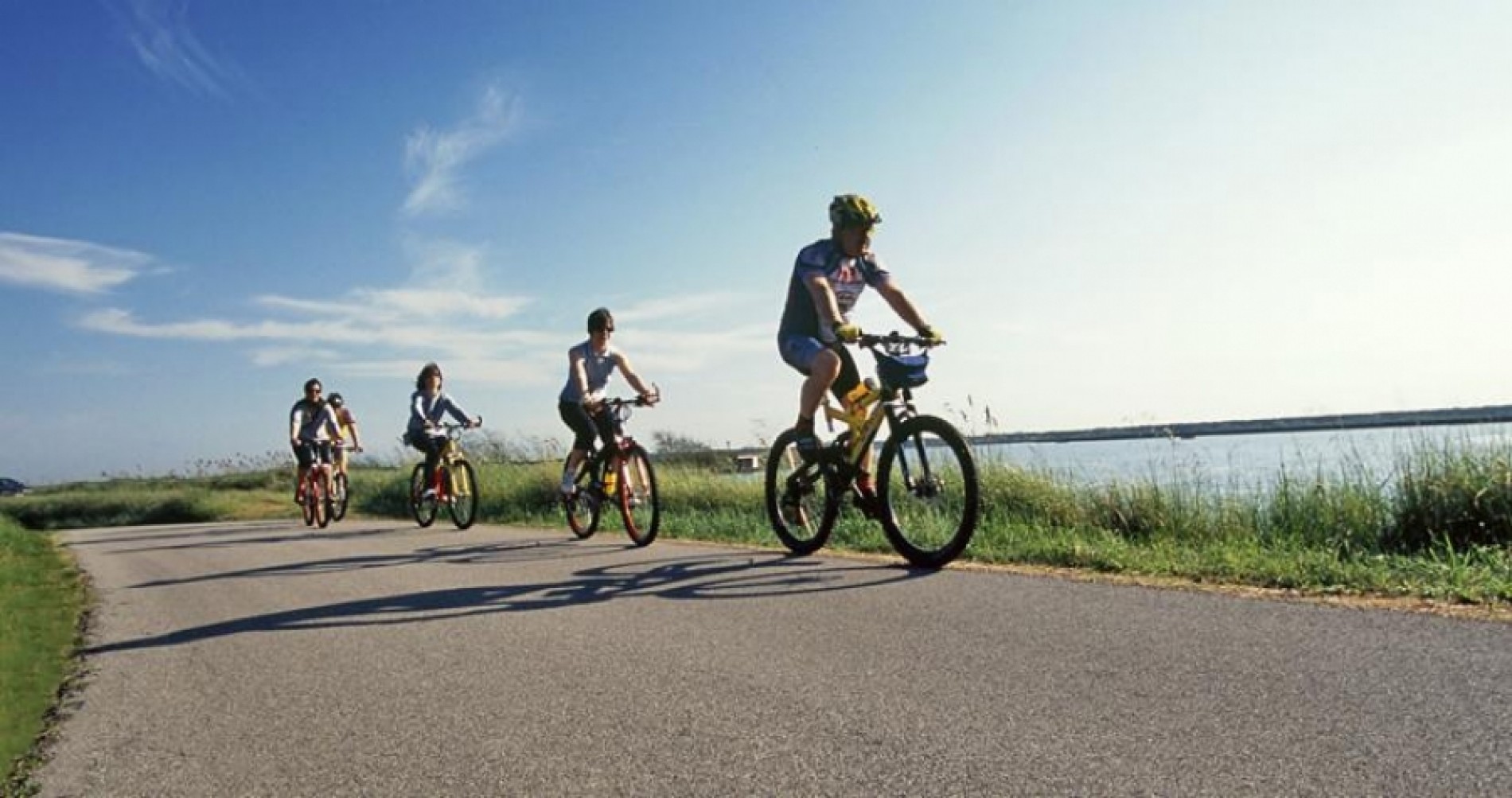 FROM GARDA LAKE TO CALABRIA, THERE IS A DESIRE OF CYCLING!

The first four Cycleways financed with the Stability Law made in 2016 keep going on: VenTo (Venice - Turin, along the river Po), the Cycleway of the Sun (Verona - Florence), the Roman GRAB (Grande Raccordo Anulare delle Biciclette) and the Apulian Aqueduct.

For the new six ways, 50% of the costs will be at the expense of the Regions and the work will proceed in batches. The building of the network is a teamwork starting first of all from the bicycle users and then supported by the local authorities that are realising (at last!) the considerable business of cycling tourism, as it has been recently reminded during the Bikeconomy forum held in Rome.

Besides, the recently arrived e-bike allows less trained people to make long distance routes without wasting too much energies.

Areas around the Garda Lake - third Italian destination with 22 million tourists a year -  have also joined the task. This is an area frequented by Northern Europe travellers, already used to the touristic use, and not only, of the bicycle.

So, let’s start with walkways made in cement simulating wood, and let’s recover the old D’Annunzio road which goes from Riva del Garda to Salò.

With the Trieste - Lignano Sabbiadoro - Venice Cycleway, Friuli-Venezia Giulia will unite its network with the Adriatic Cycleway, through paths that descend from the Kras and go to the lagoon of Grado, Marano and Venice, in areas of great naturalistic value.

Calabria has decided to insert its “bikeplan” inside the regional transport plan while attracting tourists thanks to the Ionian and Tyrrenian Coasts and their beautiful archaeological records.