Shows and many bike rides at the 6th edition of the most famous cycling marathon in Croatia. Amateurs, families and some professional bikers, for a funny three-days dedicated to bicycle 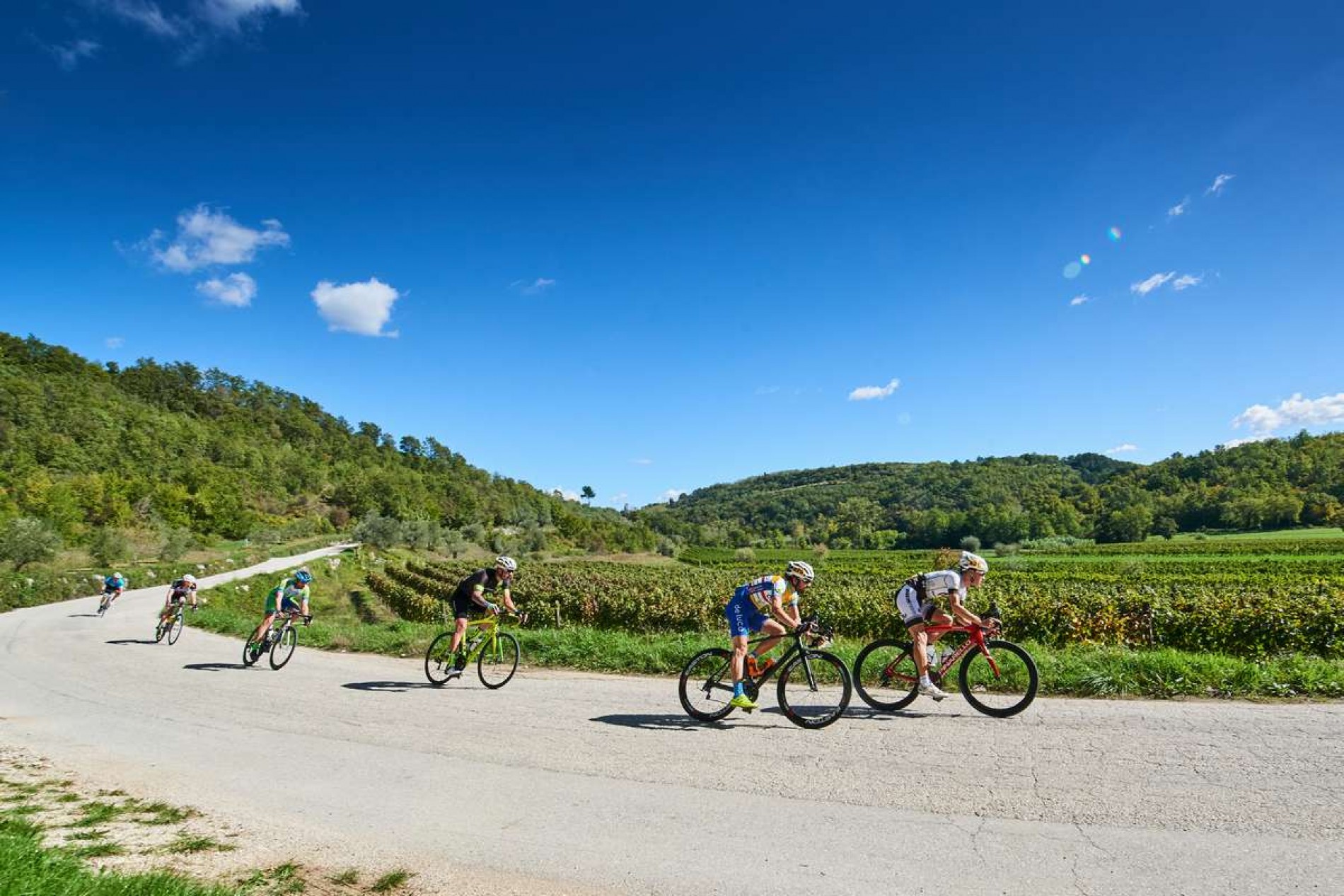 It was the 6th edition and it consolidated its reputation as the most important amateur cycling event in Croatia, growing as participants, but also with side events suitable for unskilled cyclists.

The Istria Granfondo is designed for amateurs and for those who love to ride in the scenic Istrian interland. However, it also offers a strong agonistic connotation, drawing 'true' athletes of all categories, including professionals who are willing to pedal in the last days of the season. This year there were Grega Bole (Nibali teammate in Bahrain-Merida) and Josip Rumac, respectively former Slovenian national champion and current Croatian champion.

The whole weekend was enlivened by sunny days and extremely mild temperatures that made it possible to live cycling experiences in a real holiday sensation, both for the most authentic cyclists and for the families suite.

The event also featured the children, to whom were dedicated shows and events in Umag, at the departure and arrival area, the city where prize-giving and the 'Pasta-Party' (organized by the chefs of the Istraturist' s hotels) were stood.

For the favorable climate and for good hotel availability at very affordable prices, the 2018 event was also confirmed on October. As usual, the next events will start on Friday ending on Sunday, which will include a family ride, with the traditional 'Pasta Party' in one of the most scenic Novigrad' squares.