Breathtaking views throughout Liguria, suspended between sea and mountains. Hiking or mountain biking, an itinerary for everyone who wants to be in contact with nature and history

ON FOOT OR BY BIKE IN THE MOUNTAINS OF LIGURIA

A ‘green’ highway between sea and sky, suspended on the ridges that separate the Alps and the Apennines from the Mediterranean coast: this is the essence of the “Alta Via dei Monti Liguri” (Ligurian Mountaons Trail) a path that offers truly special landscapes and views.

The trail crosses the whole of Liguria for a total of 440 km, following the main watershed of the Ligurian Mountains which separate the coast from the inland wilderness. The trail starts from Ventimiglia, at the extreme west of the region, and goes up to Ceparana, located in the Plain of Sarzana on the border with Tuscany.

Among sunny ridges, grassy meadows, and shaded woods, travellers can venture into fascinating places, rich in breathtaking views that open up onto Corsica, Monviso, and Monte Rosa. Nature is the protagonist here yet even the historic and cultural heritage is noteworthy, between characteristic villages to visit and old fortifications.

The route traces old ridge paths used for millennia by the Ligurian populations, in particular when moving herds, in the early 20th century recovered and used as hiking trails.
Along the way, where the average altitude oscillates around 1,000 metres, travellers will cross different nature parks such as the Regional Parks of the Ligurian Alps, Beigua and Aveto, touching areas of great naturalistic interest such as the Adelasia Reserve.

The itinerary is designed for hiking (43 stages) but, with the appropriate variations, it can also be travelled by mountain bike. Moreover, the trail offers diversified options, not only according to interest but also for the characteristics and difficulties of the route, with numerous stages suitable for families with children or the elderly and other more demanding ones which, in any case, never present mountaineering difficulties.

Along the way there are numerous accommodation facilities belonging to the private association “Ospitalità Alta Via dei Monti Liguri” that offer the possibility of sleeping, eating, finding shelter in case of adverse weather conditions, and changing the stages according to your needs and skills. 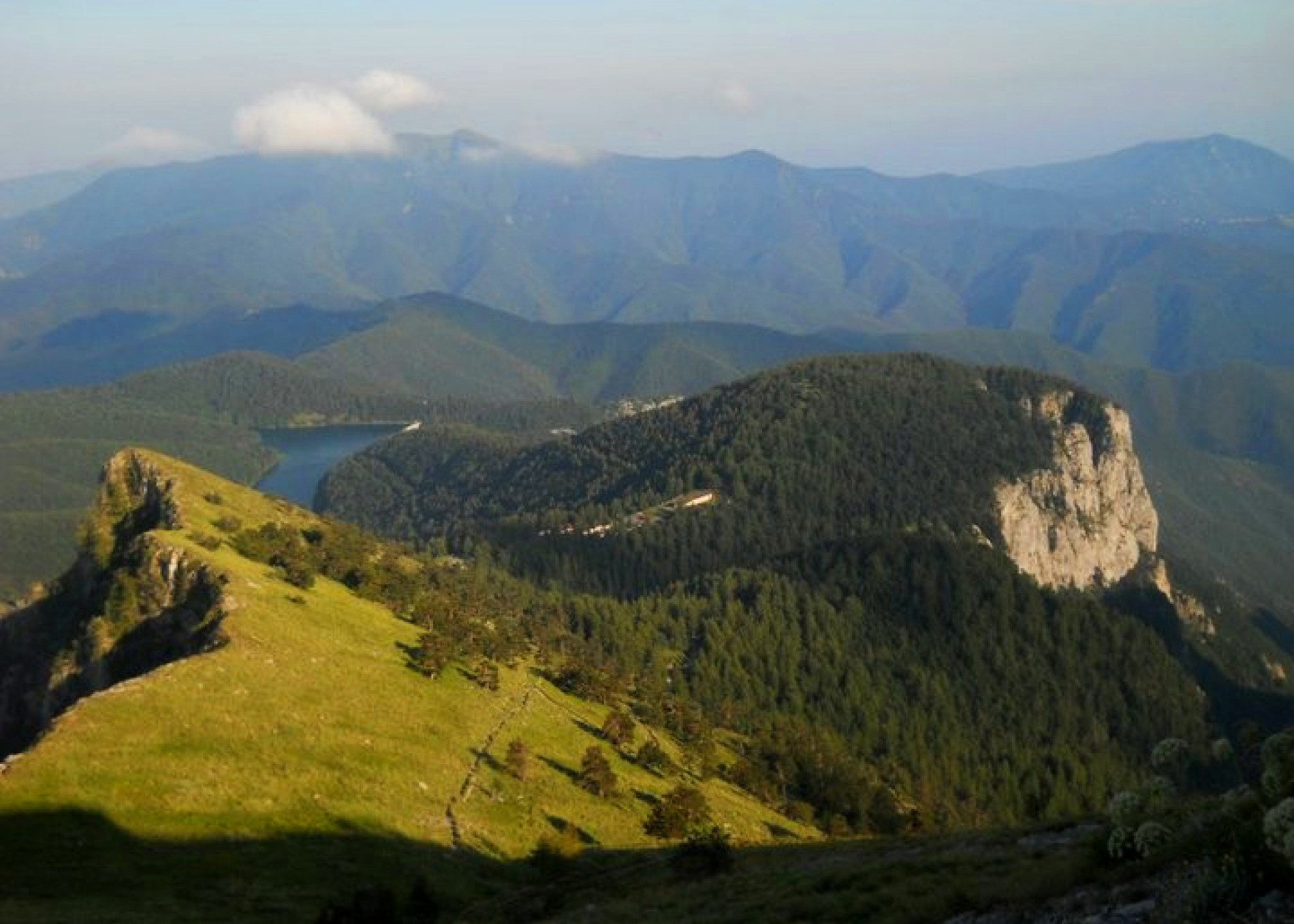 AMONG EAGLES AND WHALES

It is exactly one of its founding members that will introduce us to the peculiarities of the “Alta Via dei Monti Liguri” trail. He is also a member of the Board and coordinator of the same: Claudio Simonetti.

Simonetti, when did you get the idea of an “Alta Via dei Monti Liguri”?
The original route was born in the early 1980s. It is a fantastic hiking route (now, with appropriate variations, even a mountain biking one) that runs along the ridge of the Alps and of the Ligurian Apennines, and that deserved and still deserves a better and more dedicated promotion, both in Italy and abroad.

Give us three adjectives to describe the essence of the itinerary
Unmissable. Fascinating. Unique

What are the truly unmissable points of historic/naturalistic interest of the route?
Travellers should not miss the legendary “Sentiero degli Alpini” on Mount Toraggio; Mount Saccarello which, with its 2,201 m, is the highest mountain of Liguria; the fortified complex of the Marta Balcony, still open to visitors; the narrow gauge Casella train; the Pietra Borghese near Mount Aiona; the Damascus Museum of Lorsica; and the Parks of Beigua and Aveto.

Is there any lesser-known place for which it is worth making a small detour from the path?
Apart from a myriad of different destinations in the hinterland including some abandoned villages, it is worth pointing out a general peculiarity that belongs to this itinerary, which has caused it to be dubbed “between eagles and whales”. Indeed, the “Alta Via dei Monti Liguri” runs along the ridge of our mountains and more or less parallel to our Riviera: therefore, it is a hiking or mountain biking itinerary easy to reach for everyone and which can be faced by anyone coming from any place on the coast.

A mountain path overlooking the sea, in short?
It is no coincidence that the background of our mountains often gets confused with the blue of the Ligurian Sea. In the area of Mount Beigua/Faiallo Pass, for example, walkers or cyclists are 1,000 metres above sea level but with the sea just 5 km away...

The itinerary can feature both a hiking and a MTB option. Are there any substantial differences between the two paths?
The route was born as a hiking route. Recently, however, it has been more and more frequented by hundreds of cyclists, also thanks to the new track I designed and published on the online guide (www.altaviainfoh24.com). An itinerary also described by you on Vacanzattiva!

The mountain bike route is easy to travel entirely by bike and even with e-bikes, suitable for everyone. It does not present any technical difficulty apart from the length and the differences in height. Also, to make it fully ‘pedalable’, some variations were necessary compared to the hiking route, increasing the distance of a hundred kilometres.

What is the best time to tackle this journey?
Without heavy snowfalls, the entire route, on foot or by mountain bike, can be tackled for at least 9 months a year. Indeed, most of the track can be travelled in any season, if properly equipped.
After all, we might be in Liguria but we’re still in the mountains.

Do travellers need special equipment?
No, they simply need some good hiking or cycling equipment.

To finish, is there something that we should know?
One important thing: the Information Service, our flagship. Unique in Italy, free of charge and available 24/7 (even on holidays), it is in both English and French, and it is available at + 39.338.16.29.347.
It is a service managed by volunteers, which has a huge response and is used by the visitors of the “Alta Via dei Monti Liguri”, whether they are walkers or cyclists. 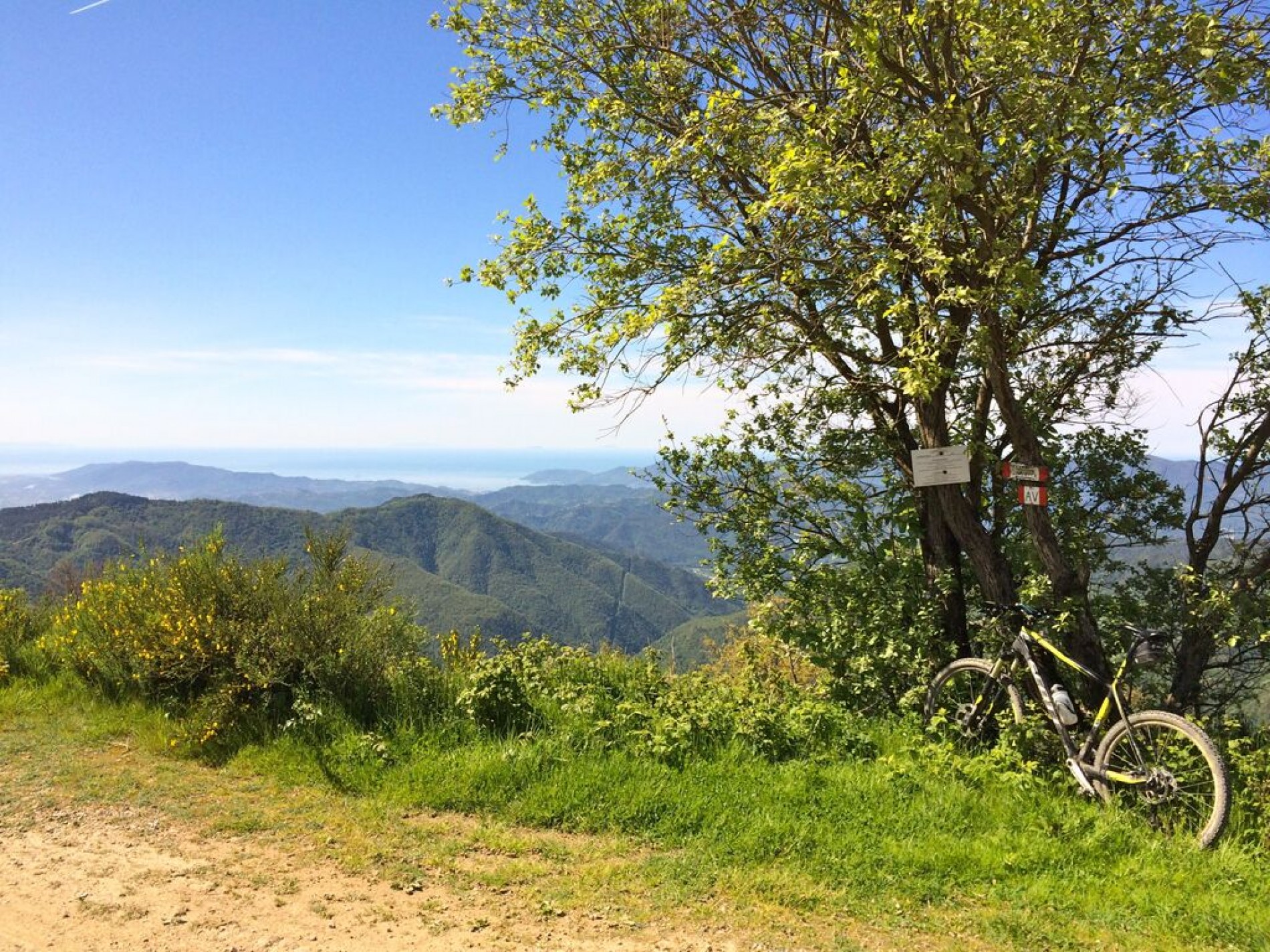