The most terrifying ones, they can even be up to 70% gradient in some parts. Often these slopes host international competitions, faced by daring skiers who love adrenaline 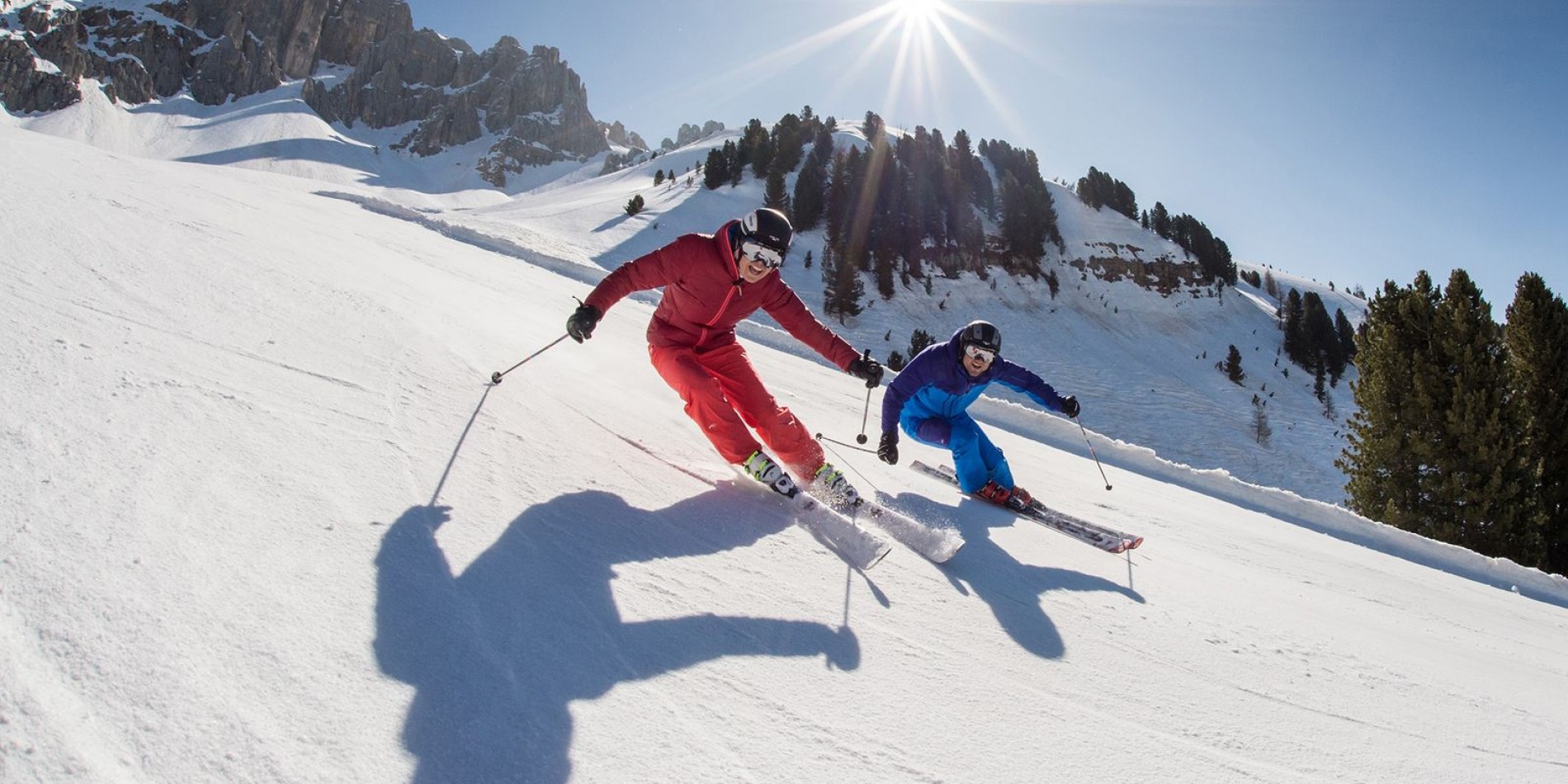 ADRENALINE ON THE TRENTINO'S "BLACKS"

Trentino, winter sports’ paradise, is a mine of “black” slopes, very steep, pennants that every skier wants to have on his jacket. Here are the most famous, often the scene of international competitions (Giant and Super G) and professionals’ training outposts. Always to be done with the greatest caution.

Famous because it’s the training slope (1.6 km long) for the technical specialties of the Italian National Team, it is one of the most technical slopes around the Dolomiti Superski, with steep inclines and always iced especially after dark. It occupies by itself a side of the Top 11 and Top 12 of Monzoni Group above Meida  (a hamlet of Pozza di Fassa), and it ends in the Ski Stadium. On Wednesdays and Fridays is open for night skiing.

In Val di Fassa this “black” slope is famous for its central section, the most challenging part. The slope descends from an altitude of 2,500 meters down to 1,900 meters on the mountain pass, right on the border between Trentino and Veneto: it is north-facing and almost 3 km long, interspersed with rather challenging walls, especially if done nonstop.

Open this year, this new ski slope is for experienced skiers, more experts and fans of "black" slopes with a small dose of adrenaline. It starts from the top of Mount Vigo at 2179 meters of altitude and it goes down for 810 meters in a narrow gully without vegetation, with maximum gradients near to the 70%. The final part enters in the spare forest, typical of high altitude pastures, with smaller but still important inclines, it runs parallel to the current "Bear" slope and it ends in the plain of Malga Panciana, linking up with the "Sghirlat" slope at an altitude of 1,929 m.

The slope runs under the cable car and it winds with an heterogeneous path along the Alpe Tognola’s forest, in the north of Lagorai, for more than 5 km, with 700 meters of difference in height and with incredible views on the Pale di San Martino. FIS homologated, here are organized Giant, Special and Super G competitions, as well as the European Cup. The northeast exposure always guarantees a good quality of snow in the morning and in the afternoon.

A chairlift and a ski lift serve this single slope, reaching up to 2400 meters  on one of the Latemar peaks. The first section is wide open, much above the level of vegetation, easy but often windswept. Lower down, the steepest parts reach a  maximum gradient of 60%.

Probably the most technical slope of the district of Andalo. The Olimpionica is a series of three slopes, starting from the Paganella Peak, where you can admire broad views of the Adige valley and the Brenta.

The Olimpionica-3, the highest section of the entire slope, is marked as "red": it is in fact large and easier to ski, with steep inclines in the first long section which starts from the refuge. The Olimpionica-2 is the "black" one, the heart of the slope: it’s steeper and the track is narrow while ensuring a ‘modern’ way of skiing. If you have exaggerated in the first part, you will feel the fatigue. If you are not athletes take a break before going down the main wall. The Olympic has such characteristics (length, technicality, soil) that have made it the preferred training ground of the US Ski Team.

The same name as that of San Martino di Castrozza (once again, not easy), it is decidedly steep: 3.5 kilometers known to be narrow, winding and with fast incline changes. It starts from the top of Mount Spinale at 2100 meters and it ends 585 meters below in Madonna di Campiglio, just outside the town.

Also called 'the slope of the forest' it goes from the Ciampac valley at 2160 meters down to the country at 1500 meters and it goes under the cable car for its entire length. Once it hosted Giant and Super G races and it has recently been expanded to a minimum of 40 meters.

The data of the Dolomiti Superski show it as the steepest, with an average of 34% spread on a 2.5 km long track that requires sustained efforts and that is characterized by some walls that reach 50% and a total drop of more than 600 meters. The slope is facing north, so it’s always in the shade and always icy, increasing the thrill for those who face it. 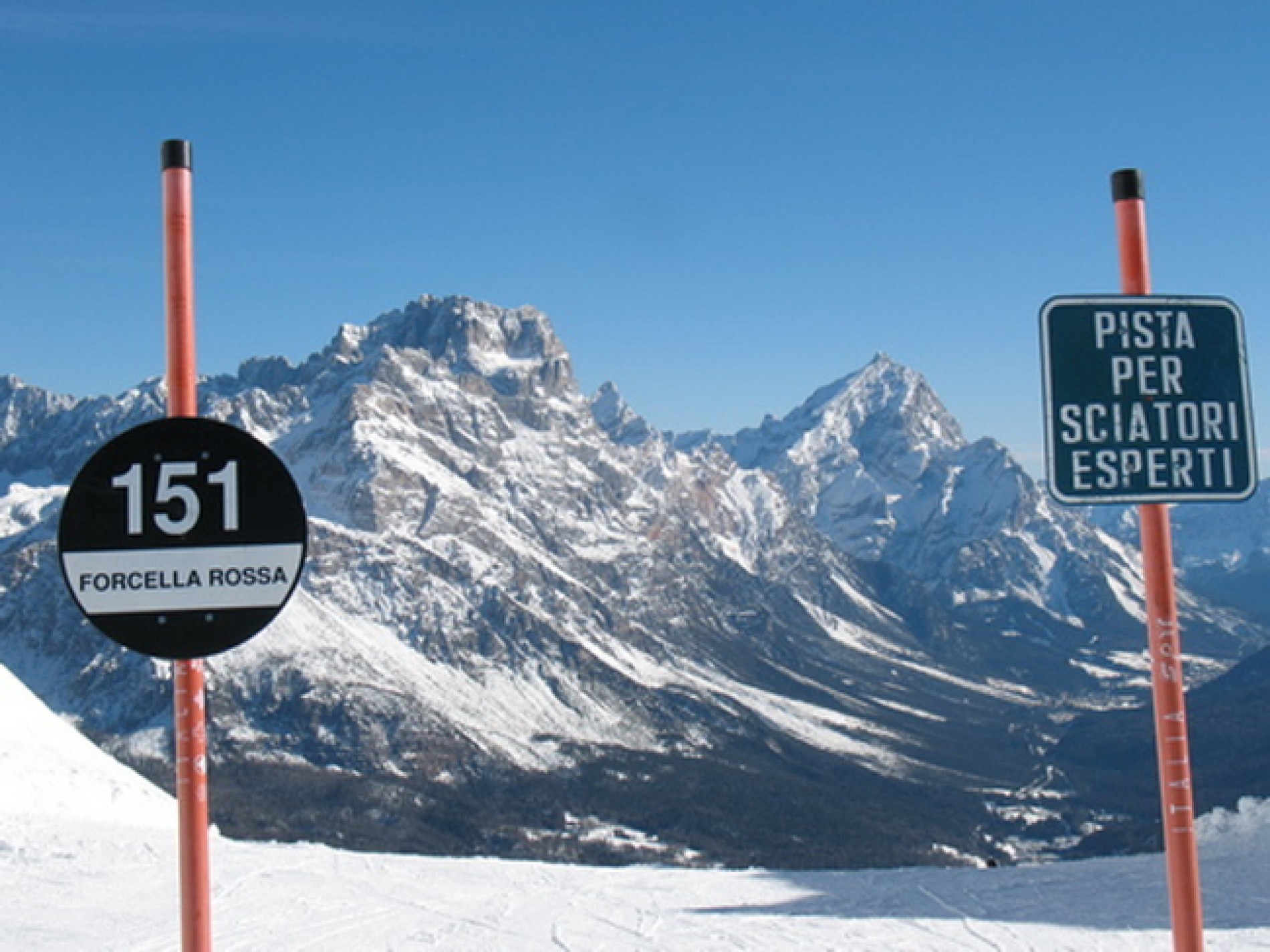