Trentino, what a sporty winter !

The major events that will light up Trentino's winter: from alpine skiing to the Marcialonga, passing by ski mountaineering and snowshoes. Many are the side events for fans 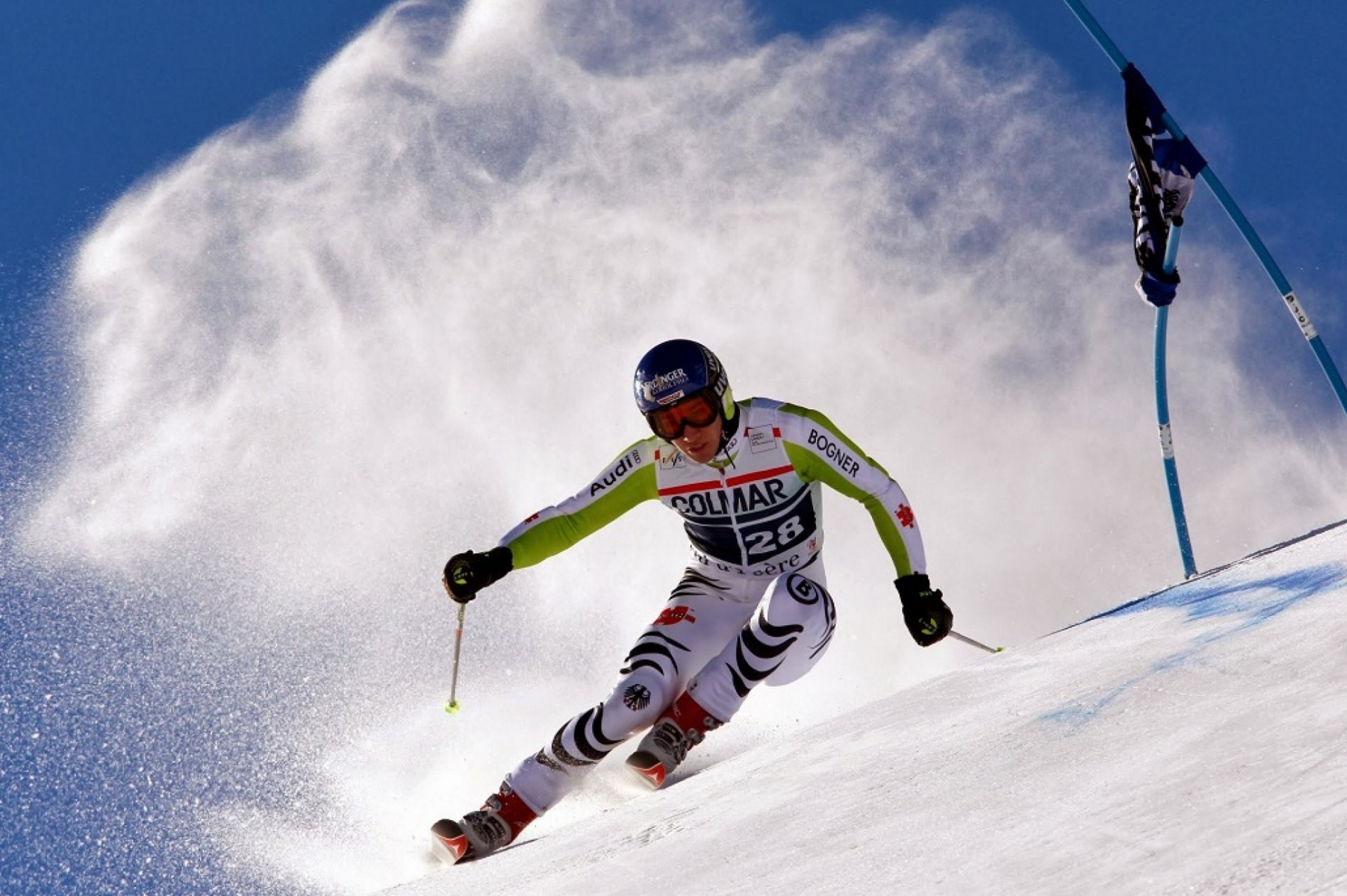 THE "WHITE CIRCUS" IN TRENTINO

Trentino is a land of sports and sportive people. Its slopes, throughout winter, host many events and international competitions, which attract many fans here and liven up the days of tourists who are here to assist.

Join the “White Circus” simply witnessing a World Cup slalom or a spectacular ski jumping race or experiencing the thrill of a mass event of Cross Country skiing as the Marcialonga or the Ciaspolada, the "easy and fun" event for all those who like to walk in the snow with snowshoes. In Trentino everything is possible.

To make things clearer, here is a short list of major events that will light up Trentino’s winter, also thanks to many events that guarantee to non-athletes to live and enjoy all the events anyway.

The famous Aloch ski slope in Pozza di Fassa not only hosts the Italian National teams for their training in preparation for the Alpine Ski World Cup competitions but, on December 21st, as every year it will see many of the best athletes in the world take part in this race as 'preparation' for the following evening’s slalom in Madonna di Campiglio.

The correct name is 'snow rackets' but we all use to call them 'snowshoes', the Italian term “Ciaspole” comes from the Ladin dialect of Val di Non, where, for more than 40 years now, there is the Ciaspolada, the most important race in the world of this kind, that involves athletes used to marathons and cross-country races, Olympic runners and amateurs.
As always, the event is scheduled on the day of the Epiphany, Jan. 6th: over 7000 competitors from around the world will seek victory on the 8-km long route running from Romeno to Fondo. In neighboring towns there will be many events, for example the torchlight procession and the Ciaspolfest in Cavareno.

This year we celebrate the 10th anniversary of the Tour de Ski, the circuit of the World Cup and the only cross-country race uphill in the world. The weekend begins with the classic technique mass start (10 km for women and 20 km for men), to be followed by the free technique Final Climb (over 3.5 km uphill with a vertical drop of 420 meters and an average gradient of 12% with peaks of 28%), starting from the Fund Stadium in Lake Tesero to the middle station of the cable car along the Cermis Alps.
Numerous are the other events: the "Ramp with the Champions" will also allow enthusiasts to experience the incredible climb of Cermis while the “Taste Tour” invites fans to taste the typical products of the valley.

It was the first one and it is still the first in terms of credibility and reputation. Marcialonga is undoubtedly the number one among the Granfondo organized in Italy, the only one to be counted among the great skiing marathons on the international Wordloppet circuit.
The anniversary celebrated this year for the 43th edition will multiply the excitement of thousands and thousands of athletes who will go from Moena to Val di Fassa up to Canazei, the halfway point, then heading south to go back to Val di Fiemme. The route goes down on the other bank of the river Avisio to Masi, before the last feature hard slope leading athletes to the historic finishing line in Viale Mendini in Cavalese. 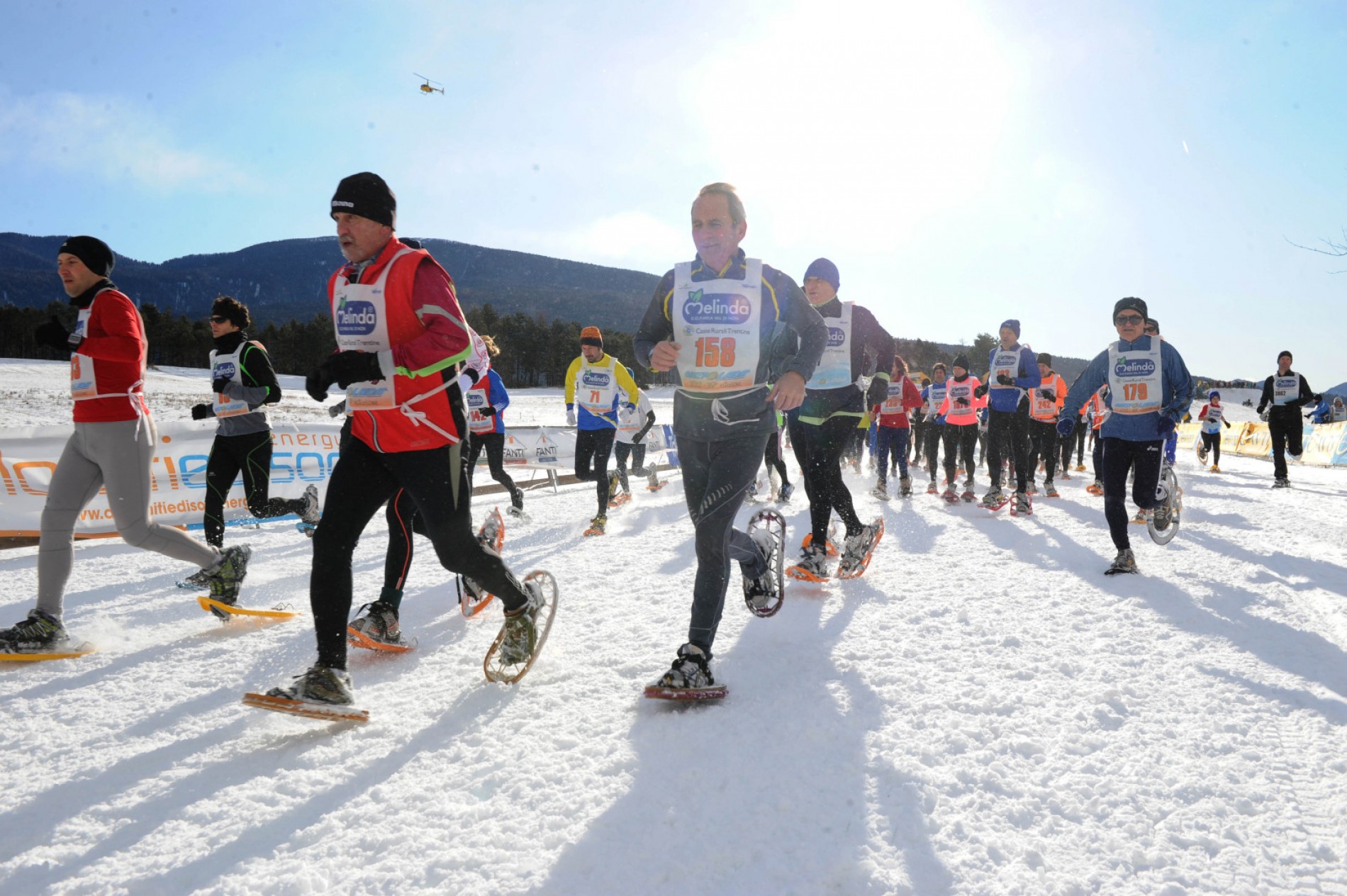 It’s one of the most famous and admired mountaineering ski racing on the international calendar, a pairs race at night and whose route runs around the Sella mountain Group. The descents down the slopes of the Dolomiti Superski are the same that are commonly done by skiers during the day but the climb is done on foot (and not with cable cars) after you had put the sealskins under your skis.
From Corvara at 6 pm and subsequent steps in Passo Sella, Canazei and Passo Pordoi, on a 42 km long route with a total elevation gain of 2,700 meters. First arrival of competitors is expected at around 11 pm.

On the last weekend of February, the second edition of the homonymous Nordic Ski Marathon, classic technique Nordic ski race on a 28 km long route.

Spectacular evolutions of snowboard’s passionate riders, one of the most important races in the world of freestyle snowboarding (slopestyle and halfpipe) for young athletes. 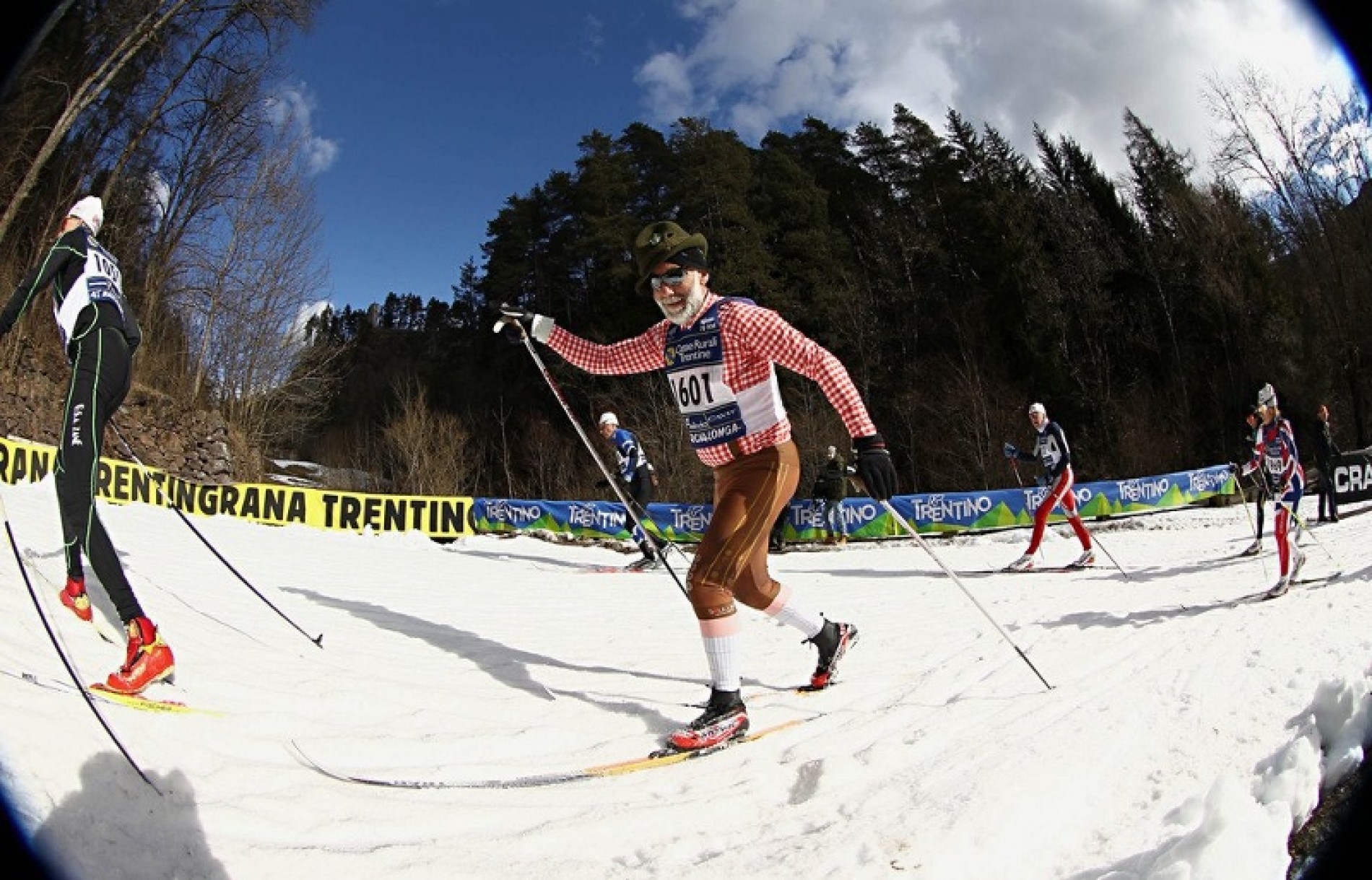