On foot or by bike, Umbria offers unique naturalistic and historical routes in Italy: through old towns, the paths of St.Francis and the traces of ancient disused railways. 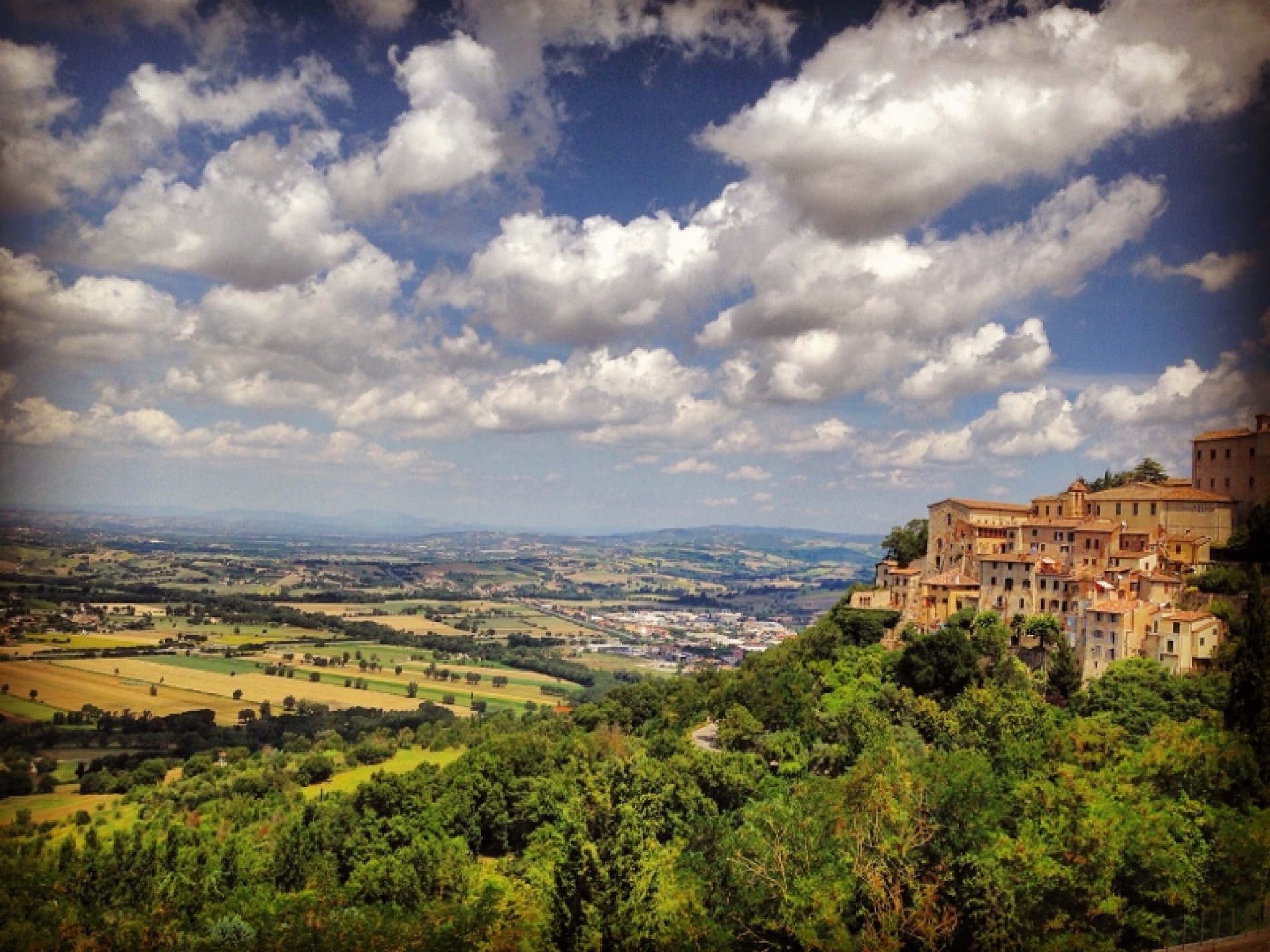 ON THE FOOTSTEPS OF THE SAINT FROM ASSISI, OR BIKING ALONG OLD RAILWAYS

Small villages, churches, nature, medieval castles: this is Umbria, a region where nature, history, and religion blend together.

So here are some itineraries to enjoy on foot, by bike, or by mountain bike, to travel along the footsteps of Saint Francis, the great saint that is a global symbol of this region.

THE PATH OF SAINT FRANCIS: A HIKING TRAIL THAT MIXES SPORT AND SPIRITUALITY

This track follows the foot steps of the saint from Assisi who, in the winter between 1206 and 1207, walked 50 km from his hometown all the way to Gubbio. Saint Francis wanted to escape his father’s ire, who accused him of having squandered his money and of ridiculing the family’s name.

A sport and spiritual tour all in one, that can be divided into 3 stages, each between four and seven hours long.

Obviously the starting point is Assisi, a beautiful town full of monuments including the Basilica, which houses the mortal remains of Saint Francis (Unesco World Heritage Site). Then, crossing the Woods of Saint Francis - a 800-year-old rural area protected by the FAI association - travellers can stop in Pieve San Nicolò and the Fosso delle Lupe, where the saint was attacked by bandits. The first stage of the trip ends in the medieval town of Valfabbrica.

The second stage leads travellers to the Castle of Biscina, after the crossing of the River Chiascio and a brief sighting of the ruins of the Castle of Coccorano, where Saint Francis often found refuge.

The last stage  is 21-km long, and the hardest. Indeed, in 7 hours travellers will pass by the Hermitage of San Pietro in Vigneto and, immersed in breathtaking landscapes typical of the Apennine mountains, will arrive in Gubbio.

Bicycle lovers can enjoy travelling the 53-km long cycle path that connects Spoleto to Assisi. If the starting point of the cycle path is a city full of art and culture - with the oldest part located on the hill and dominated by the Rocca Albornoziana, symbol of the city - even the other stops along the way are certainly worth a visit.

Like Trevi, for example, one of the most beautiful villages in Italy and known as the “City of Oil”, which is a continuous surprise with its evidence of Roman buildings and its olive groves, or Bevagna, once the production site of beautiful fabrics and today a splendid medieval village. Worth mentioning are also the Fonti del Clitunno, a real jewel of nature on the River Clitunno, made of weeping willows and crystalline lakes.

PEDALLING ALONG THE OLD RAILROAD

There is also another trail for biking enthusiasts: the itinerary that connects Spoleto to Norcia, following the old railroad.

The last train used this railroad on the 31st of July 1968. After years spent in disuse, the railroad was turned into a beautiful cycle path suitable for everyone: 52-km long - 34 of which have been restored and secured - characterised by narrow gorges, tunnels, and viaducts as well as by breathtaking bridges like that on the Cortaccione torrent, below which travellers can admire Roman ruins. Moreover, enjoying this trail means coming into contact with the extraordinary nature of the area, and crossing part of the Monti Sibillini National Park.

THE ROUTE OF SAINT FRANCIS

EVEN MOUNTAINBIKERS CAN HAVE FUN HERE

Reserved for expert bikers, the MTB trail that connects Gubbio to Assisi takes partly place along the Franciscan Trail. This features easy parts and others with a steep incline. The trail can be really fun: uphill climbs and downhill stretches, wooden steps, hills to climb past, yet the atmosphere is a truly spiritual one as well. Particularly important is to carry spare parts for the bike and a windbreaker, even during the summer.

Those who love spiritual tourism can travel - on foot, by bike, or on horseback - along the “Via di Francesco” (Route of St.Francis) a trail that leads up to Rome (part of the 500 km of the "Via di Roma" that connects Tuscany, Umbria, and Lazio).

By bike the stages are 14, on foot 22, and all stop in evocative places: Pieve Santo Stefano, Sansepolcro, Citerna, Città di Castello, Pietralunga, Gubbio, Valfabbrica, Assisi, and then the Spoleto Valley with its historic towns, Valnerina with its villages, all the way into Lazio, to travel on to the Eternal City. 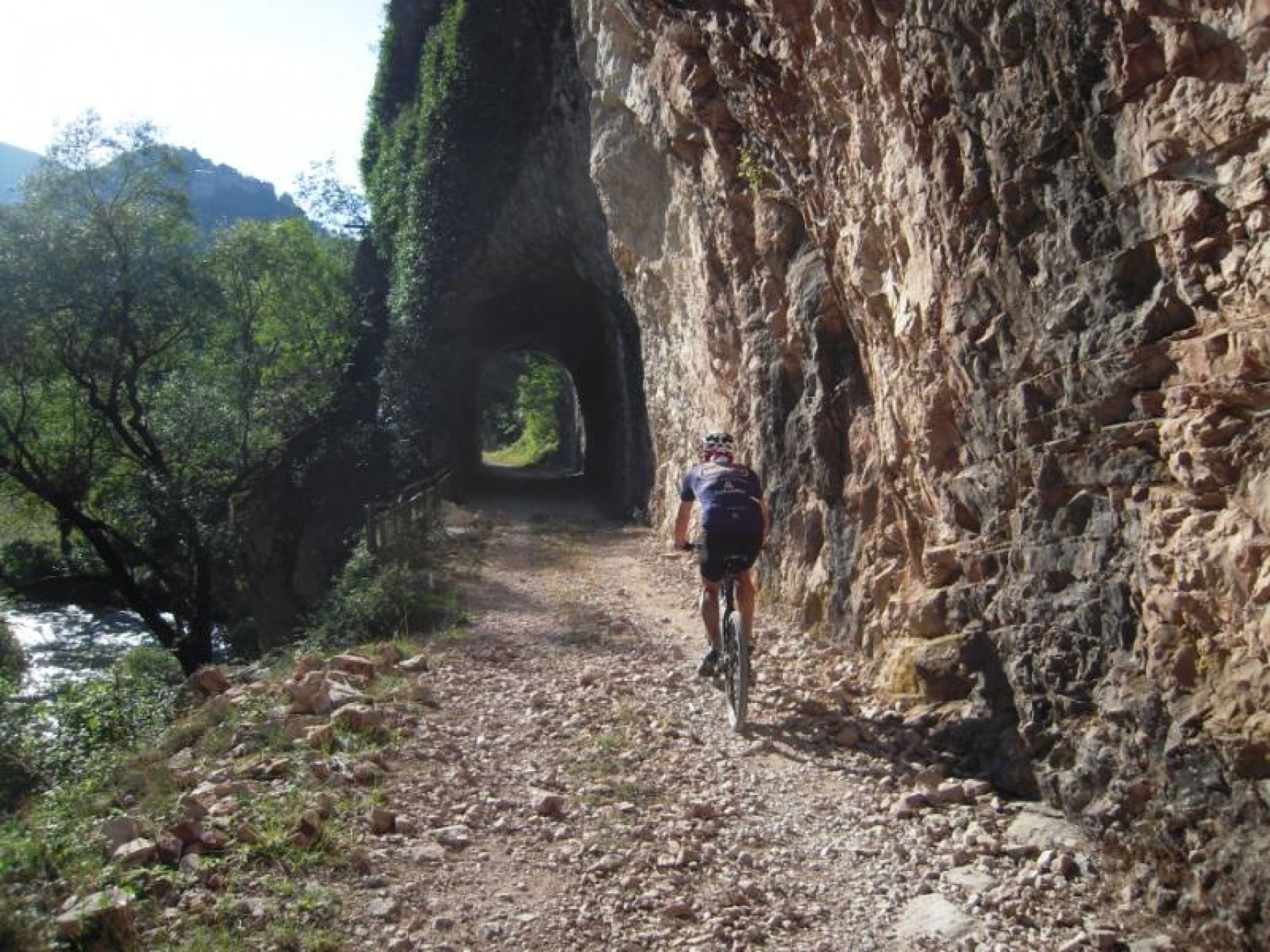