From north to south, in the mountains as in the plains, Italy is rich in these natural sceneries, sometimes spectacular, which have always aroused admiration. We reveal some itineraries to go and discover them. 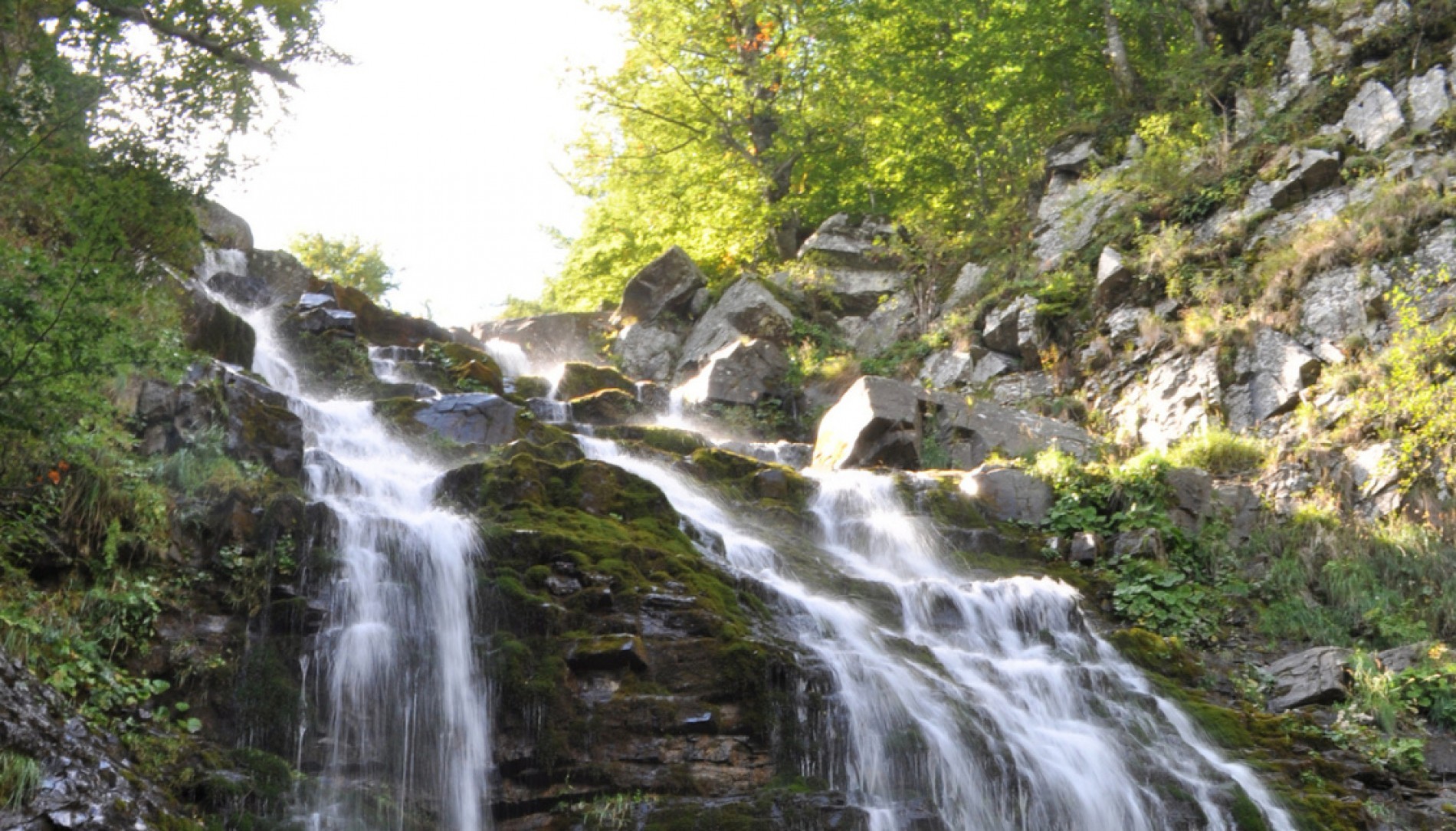 BY BIKE AND ON FOOT, THROUGH SUGGESTIVE WATER JUMPS

Waterfalls are among the most exciting shows that nature can offer, and in Italy there is no lack of them.

Here then we propose some itineraries dedicated to hikers and cyclists to discover these exciting views.

Let's start with the most famous waterfalls of the northern Apennines, those of Acquacheta: even Dante, in his Inferno, talked about them. They are immersed in the National Park of the Foreste Casentinesi, of Mount Falterona, and of Campigna, and can only be reached on foot.

The itinerary, which starts from San Benedetto in Alpe, is part of the path of the trail named “Alta via dei Parchi - The Trail of the Parks”, of which it is the twentieth stage (San Benedetto in Alpe - Il Castagno d'Andrea). This part of the trail leads to the River Acquacheta which, falling from a sandstone drop, divides into dozens of small rivulets. The highest waterfall is 90 metres.

In the Apennine between Tuscany and Emilia, at the foot of the Dardagna Waterfalls

The Apennine between Tuscany and Emilia hides spectacular waterfalls consisting of seven drops, all generated by a stream: these are the Dardagna Waterfalls. Surrounded by beech and oak woods, they are located along the balconies of Mount Cervarola and they can be visited while travelling along a ring-route suitable for everyone, which departs from and arrives in Lizzano in Belvedere reaching, in particular, the Sanctuary of the Madonna dell'Acero which owes its name to the maple where, according to the legend, two young shepherds, one of which deaf and mute, took refuge during a snowstorm: the Madonna then appeared to them, giving the youngest one the gift of hearing.

In just 5 km the trail enters the Regional Park of Corno alle Scale, a protected area of the Bolognese Apennines entirely covered with natural forests and peppered with characteristic villages. It is indeed from here that visitors can start towards those evocative drops that make up the Dardagna Waterfalls.

The Pison Waterfall in the Meledrio Valley

A mountain bike trail in the Meledrio Valley (an alpine valley in Trentino, next to Val di Sole) leads to the discovery of the Pison Waterfall, one that testifies to all the power of the torrent Meledrio, with its double drop of water roaring loudly in the surrounding forest.

From the Pison Bridge, the view is spectacular, but travellers can also choose to go along the path that leads up to the foot of the waterfall. 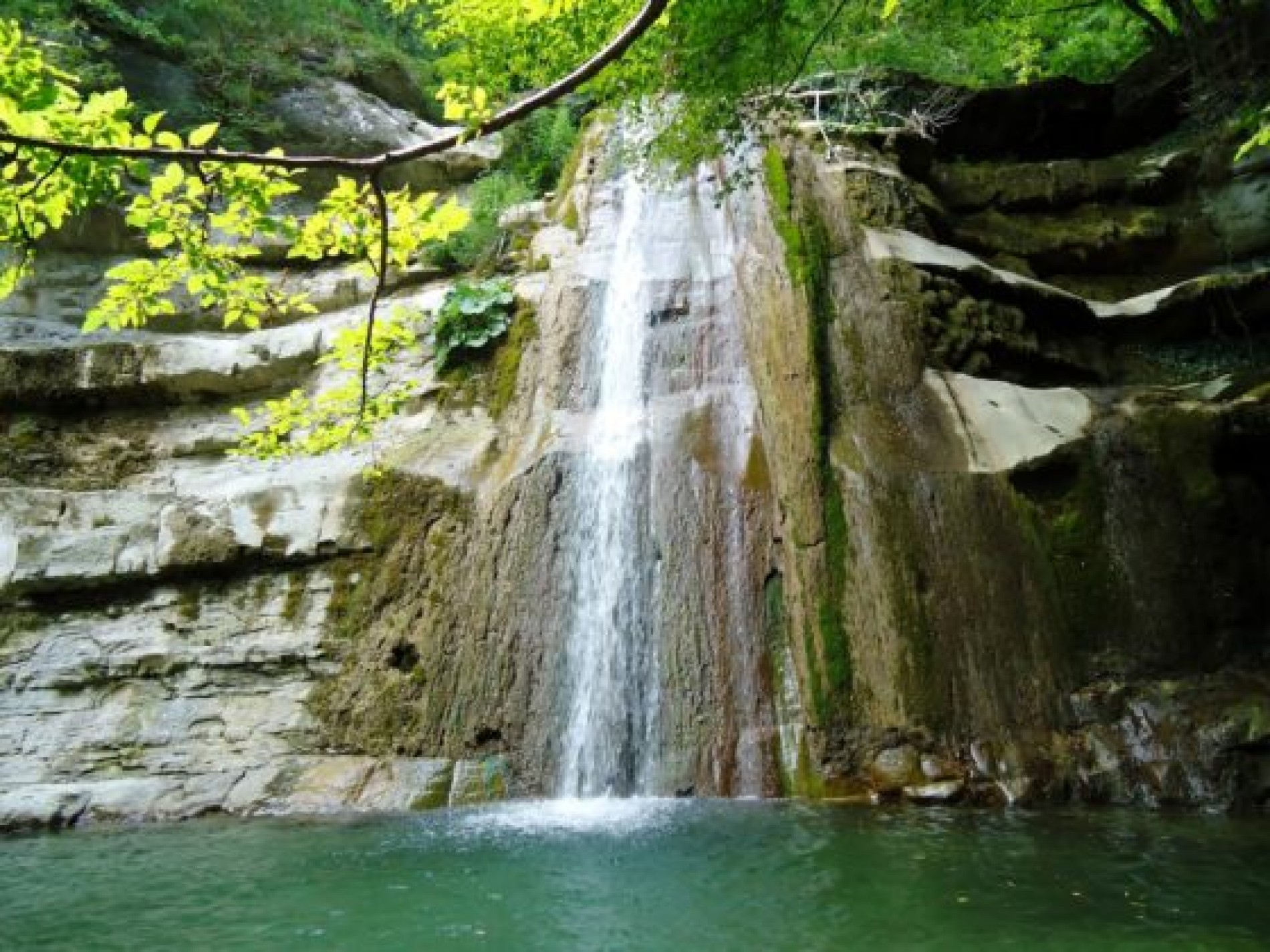 FROM AOSTA VALLEY TO CIOCIARIA

The Rutor Waterfalls, a jewel in Val d’Aosta

The most spectacular waterfalls in Val d'Aosta are those of Rutor: three breathtaking drops generated by the homonymous torrent fed by numerous alpine lakes at the north-western end of the glacier.

Terraced panoramic points afford a view of this small natural beauty, reachable along the “Alta Via no.2” (the “Alta Via Naturalistica” - “Nature Trail”) which connects Courmayeur to Donnas and which crosses the Gran Paradiso National Park and the Mont Avic Regional Park. The waterfalls are included in stage no.3, which goes from La Thuile to Rifugio Deffeyes.

The Lillaz Waterfalls in the area of Cogne

The waterfalls are located just outside the village of Lillaz and they are one of the most spectacular tourist destinations in the Cogne area. To reach them, travellers can take the “Alta Via no.2”; they are included in stage 10, the one between Cogne and Rifugio Sogno di Berdzé. The drops are three and they are all generated between the rocks of the Urtier stream for a total height of 150 metres.

Reaching them is easy: many trails go there and there is even a small geological park not far away, with many blocks of local rock described by special information panels.

Ciociaria and the incredible sight of the Liri Waterfalls

A phenomenon almost unique in the world: two waterfalls that unleash their power inside a city’s historic centre. We are in Isola del Liri, where a fork in the river leads to the birth of the waterfalls.

The most famous and spectacular is the Great Waterfall (Cascata Grande), with its drop measuring 27 metres; the Cascata del Valcatoio, instead, is not completely vertical and therefore less scenographic.

They are part of a splendid cycle tour, a 20 km ring-route that starts from and arrives at the Cistercian Abbey of Casamari, a religious place, but also where precious liquors are produced. 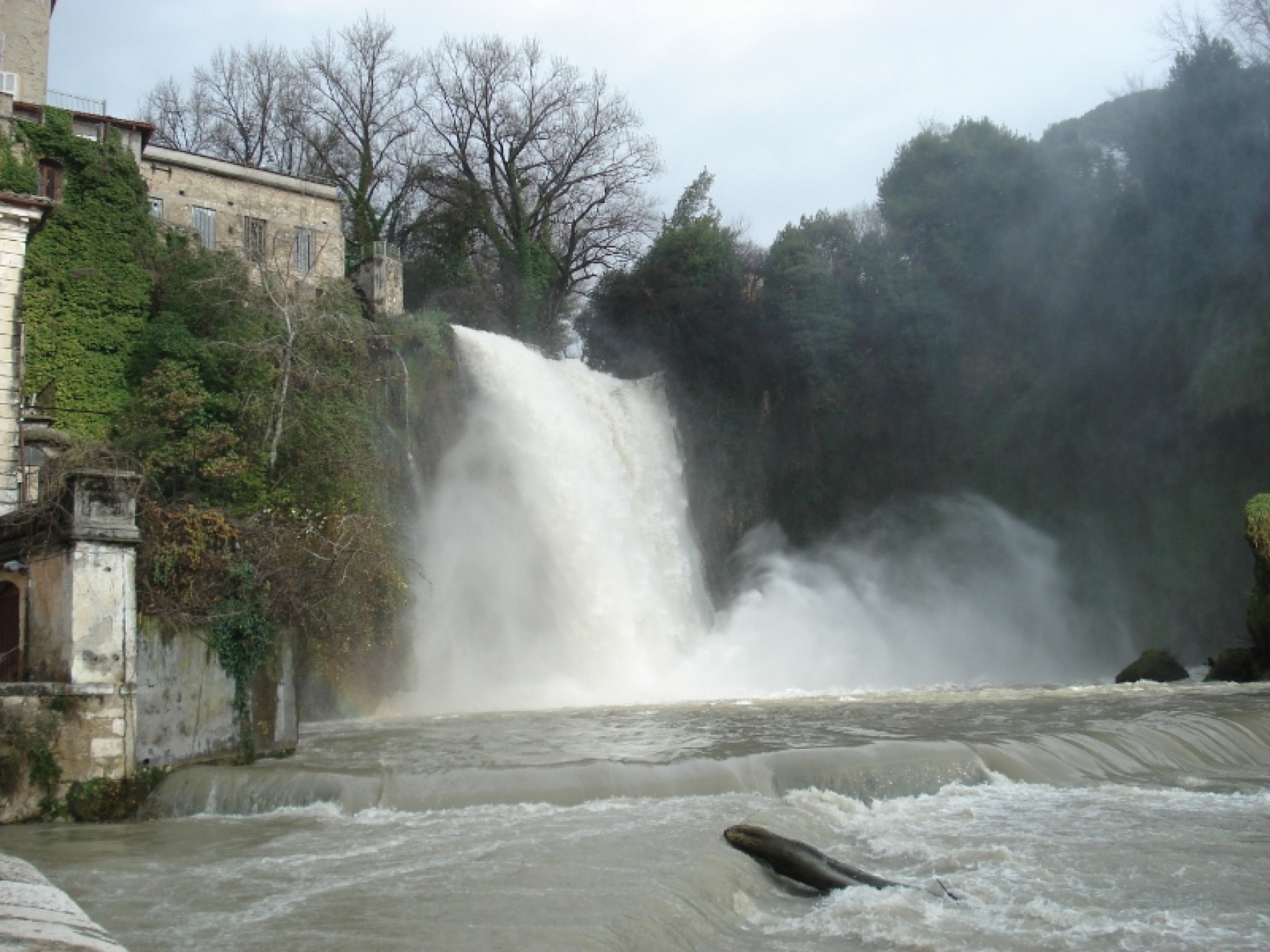