Art Trekking in Rome: from Piazza Venezia to Costantinopoli

A new stage of the urban trekking through the Eternal City's artistic beauties. The "Wink of Rome" takes us in the Imperial Forums, where the Basilica of Santa Maria Antiqua shines again 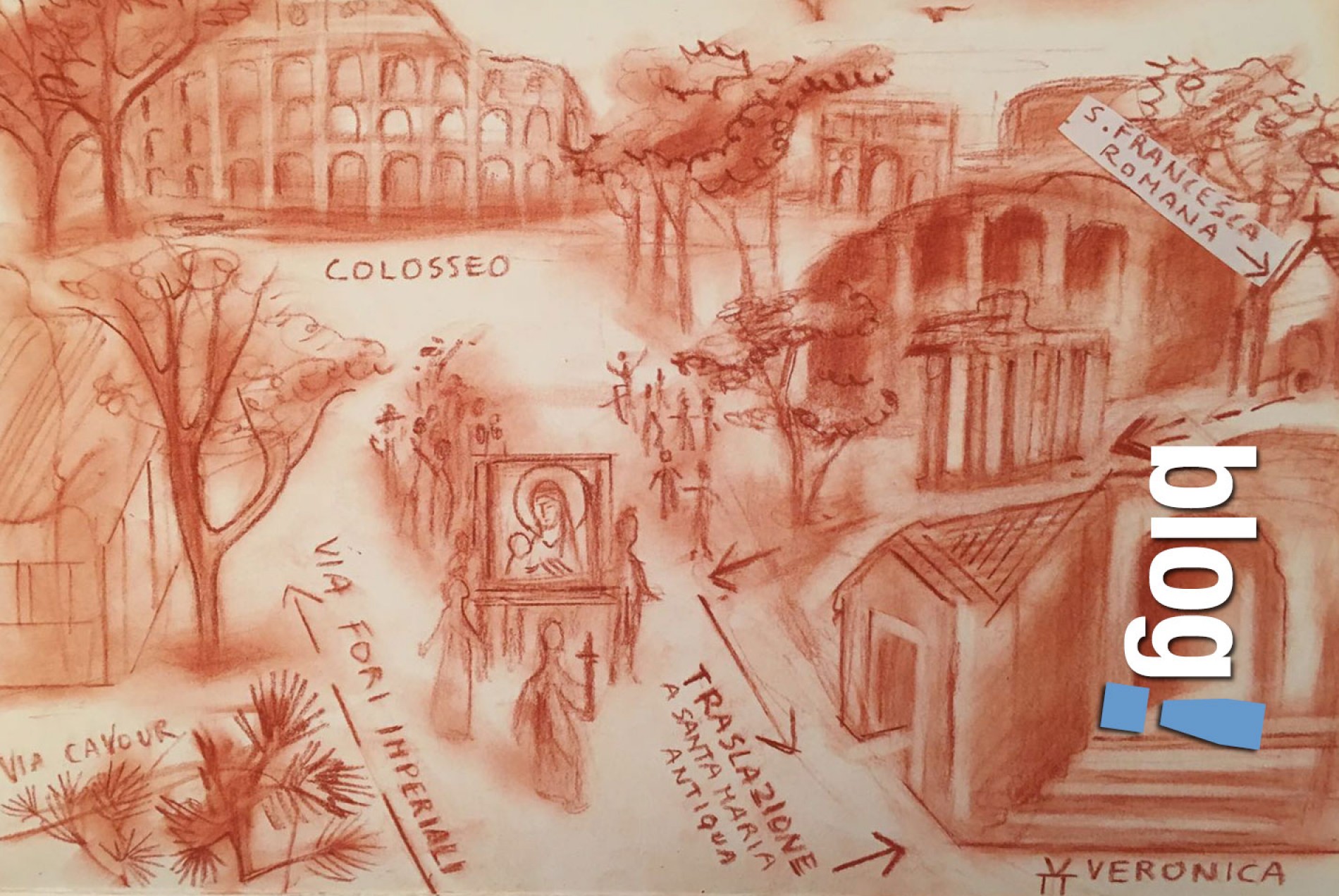 THROUGH THE STUNNING IMPERIAL FORUMS

We continue our trekking trying to pick up the pace, leaving behind us the Quirinale (click here for the second stage: "From Trajan's markets to the 1500’s Parma art ") and taking the steep steps of the Trajan's markets stairs in front of the majestic Trajan’s Column.

We are in Piazza Venezia, from which the famous road of ‘Imperial Forums’ begins: here, buildings, temples, baths and basilicas were built between 46 B.C. and 113 A.D. What interests us is to walk this road that ends with the imperious Colosseum.

But today our goal is another. Something completely new, a unique opportunity.

To our right, in fact, at the entrance of the Imperial Forums, there is the beautiful Basilica of Santa Maria Antiqua, open to visitors after 30 years of restoration.

The Basilica, dating from the sixth century A.D., is one of the oldest worship and Catholic-Byzantine syncretism places dedicated to Our Lady. What we see today is in fact the result of an extraordinary and long restoration began with the outstanding discovery made in 1900 by the superintendent Giacomo Boni, who found buried findings of this ancient Basilica that the distant and terrible earthquake of  Rome in 853 AD brought down. Ironically it was the earthquake that saved it from worse iconoclastic destruction of those years.

The church of Santa Maria Antiqua is part of a group of Domitian buildings in the Roman Forum and today, after 116 years, it resurrects with its architecture, conserving on its walls a wealth of unique paintings in the Christian world of the first millennium. 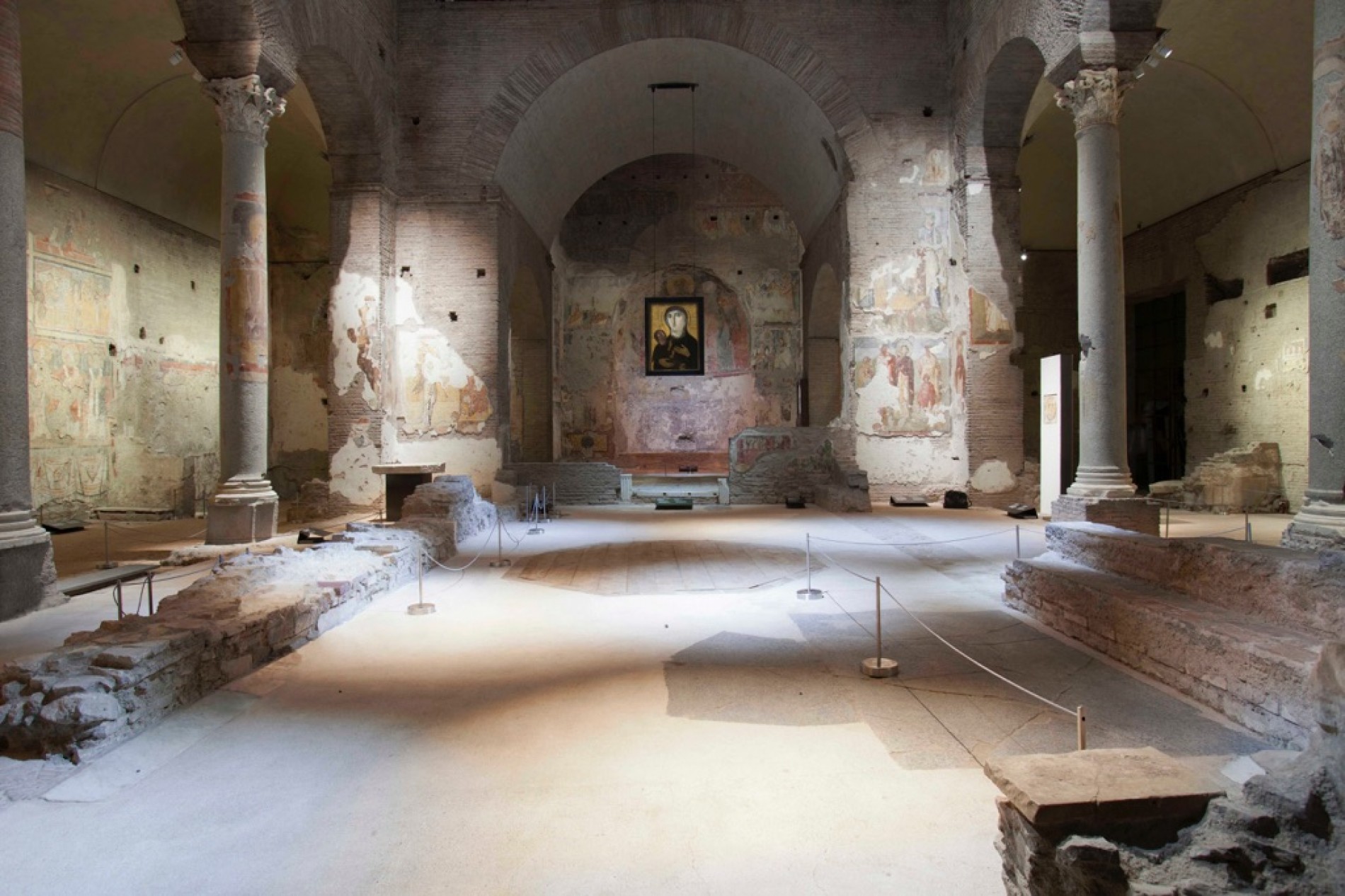 Recently, on March 15th, we have been able to attend the inauguration of the Basilica with the novelty of the translation of the painting of the Madonna Antiqua, which from the Basilica of Santa Francesca Romana at the Colosseum (jealously preserved painting by the Olivetans in the said sacristy and where it will go back next September) it is back in its original place in the church of the Roman Forum.

The reopening of the church, in fact, was accompanied by the exhibition "Santa Maria Antiqua. Between Rome and Byzantium" (March 17th to September 11th), promoted by the Superintendence for the Colosseum, the Roman National Museum and the Archaeological Area of Rome with Electa, curated by Maria Andaloro, Giulia Borders and Giuseppe Morganti.

The 'heart' of the exposition is this rare painting, along with other never seen before works of art.
The work is the oldest image of the Our Lady, painted with encaustic pigments. The venerated image of the sixth century AD, which is said to have special powers, is called acherotipa, it means not painted by human hands, and it shines in its pure forms: from the ivory of the Madonna's face - with dove’s egg forms, heated by the cinnabar of the small mouth and the rosy cheeks – to the white and brown, with the perfect arch of the nose and eyebrow that create the great architecture of the face, lighted and topped with large eyes staring at us. And in her arms, recently created, the face of the little Jesus in ancient fragment.

The two faces are the oldest parts of this sacred image and that one of the Madonna is more than 50 centimeters.

What is striking in today's Basilica is also the unique opportunity to admire at the same time, for the first time, at least 11 different layers of painting realized in several centuries.

As mentioned above, it all began with the discovery of the church by the superintendent Boni in 1900, that is over a thousand years after its destruction, on the slopes of the Palatine hill. It is an exceptional testimony about the painting’s development, not only Roman’s, but of all the Greek and Byzantine world. In fact, in the past, when the iconoclasm of the Byzantine Emperor Leone III the Isaurian (717-741) unleashed they began to remove much of the sacred images, and those we see now were saved only due to earthquake!

And now, for this reason, the oldest Madonna is shown suspended in the architecture of the Basilica. We can admire the different styles of the paintings resurfaced in the structure, partly rebuilt but that still retains the original detachment, as in a large mosaic. Paintings done in fresco, representing faces, bodies and eyes that look at us in fragments resurrected from the past. All complemented by technological laser images projected in temporal movements that follow each other, giving completeness to the wall paintings although in a paperless manner.

In bright sunshine, we go outdoors. Enriched in spirit and body, we can choose to rest or do some outdoor training among the relics of the ancient remains. 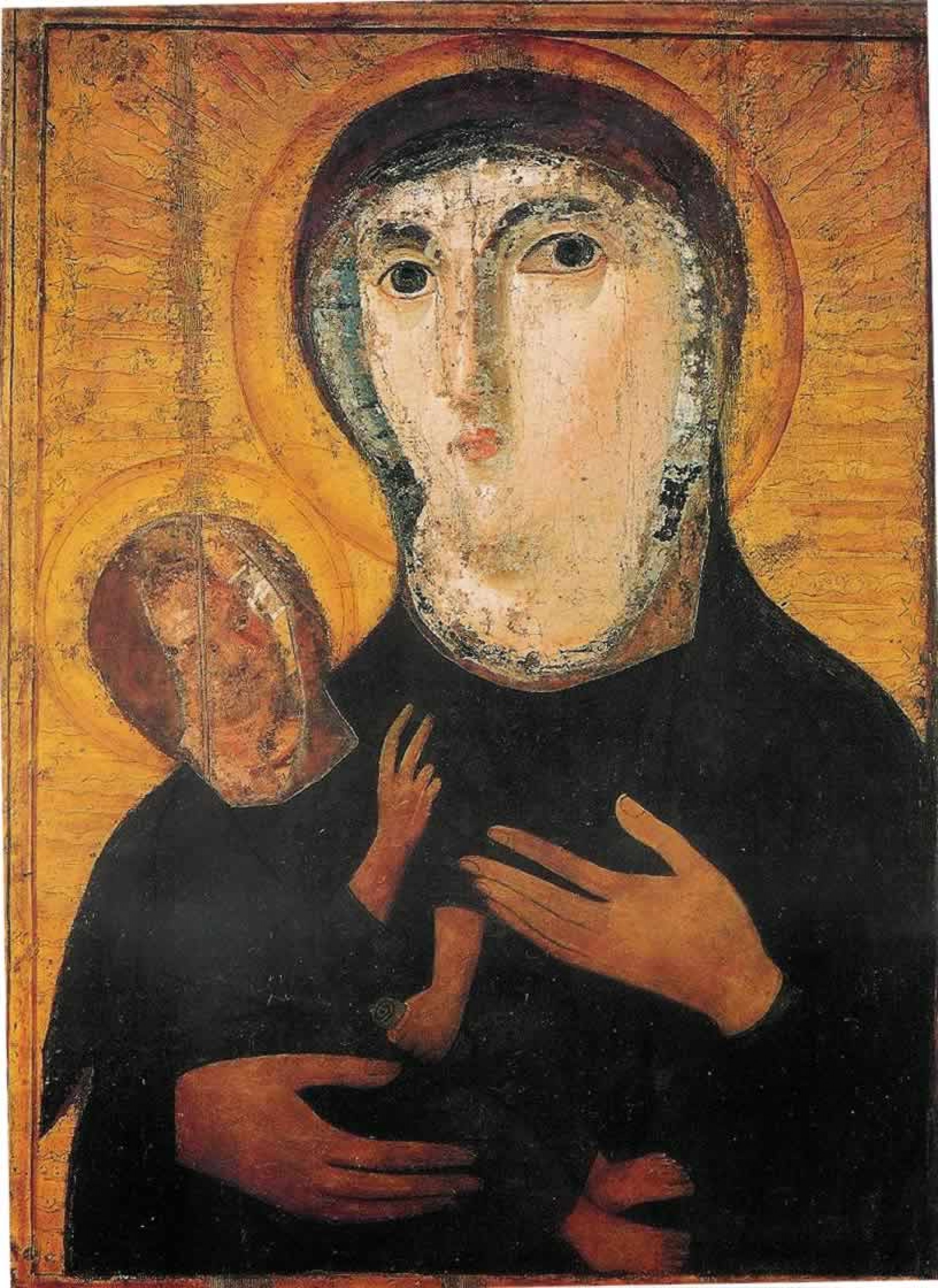