Carinzia, skating on the Weissensee

It’s the biggest ice surface in Europe, a real paradise to all ice-skaters. On this lake all beginners and athletes of speed can train, in a completely familiar background

SLIDING ON THE ICE AMONG THE MOUNTAINS

Just a few kilometers from the border with Italy, very close to Tarvisio, there’s a beautiful lake that magically stays frozen from December since March: the Weissensee. This small lake is the biggest ice surface in Europe.

You can start to see it when you go through the main road, that passes the valley and coasts the snowy mountains.

The ice is about 30-40 centimeters thick and it allows to support also the weight of a carriage or specific vehicles that pile the snow after plentiful precipitations which are very frequent here. On the big area you get a long and sinuous trail that is many kilometers long, transforming the lake in an endless area in which to skating in every styles.

There are athletes of speed who train everyday on this lake to compete in long marathons. But there are also a lot of beginners who slowly skate and talk with friends and family. Some boys and girls skate with the hockey stick to train in the most practiced sport of this area: some field are especially made to receive hockey matches among local teams of every level.

Instead, only for few people there is the ring which is 400 km long in which athletes of high level always have a sports ground for their trainings: the energy and the speed of these athletes can be an extraordinary show from the track side.

Ice-skating is not so easy as walking, but it’s also not too hard: with a bit of balance and intuition you can move the first steps. But if you want to start in the best way, there are some patient instructors that in few minutes can teach you basic movements to start this sport. In general, after the first lesson people are completely independents and ready to learn even more about this activity. You only need ice-skates, and in town you can also find several rental shops in which you can find every kind of skates.

For tourists it is a way to socialize with each other, but also with local people in their winter living room.

You can sense the familiar atmosphere because everybody leaves bags, packs and clothes on the benches along the rink or on the rink itself. This is possible also thanks to an old guy, respectfully called “Ice Master”, who has been taking care of his lake since many years. He also invented a very efficient snow shovel. He is the greatest authority in the ice field and, only after his appraisal, the ice is declared adequate for activities.

The area is a real paradise also for cross-country ski lovers: 50 km of double slopes and about 15 km of skate rink are available for all the lovers.

There are also several hotels and restaurants looking at the lake, but we particularly like one in Hermagor, a small town only a few kms far, called Biedermeier Schlossl Lerchenhof (www.lerchenof.at).

The owners call it a castle for his ancient and romantic history, but it looks more like an elegant villa on more floors, with a very huge park at its shoulders. The building, together with its rooms and the restaurant, are refined and sober. All the management is familiar and you can sense their love for that place. Beyond good wines of the region, they also serve craft beers and cold cuts totally homemade, coming from animals grown up in the park and feed with grass and animal feed of the farm. The landlord is also proud to show the area where speck and other cold cuts are blacken with smoke. To close, also the quality/price relation is peerless. 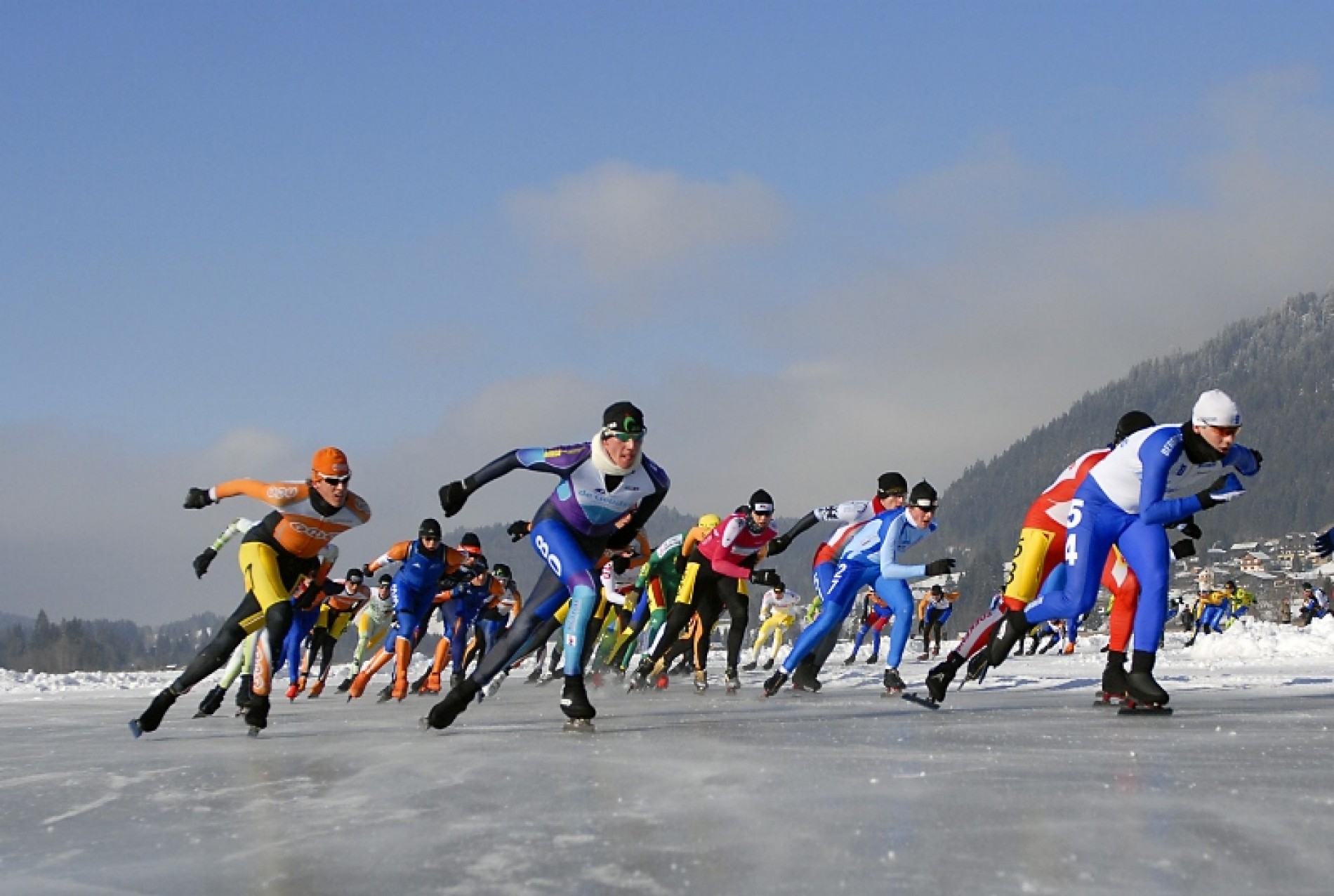